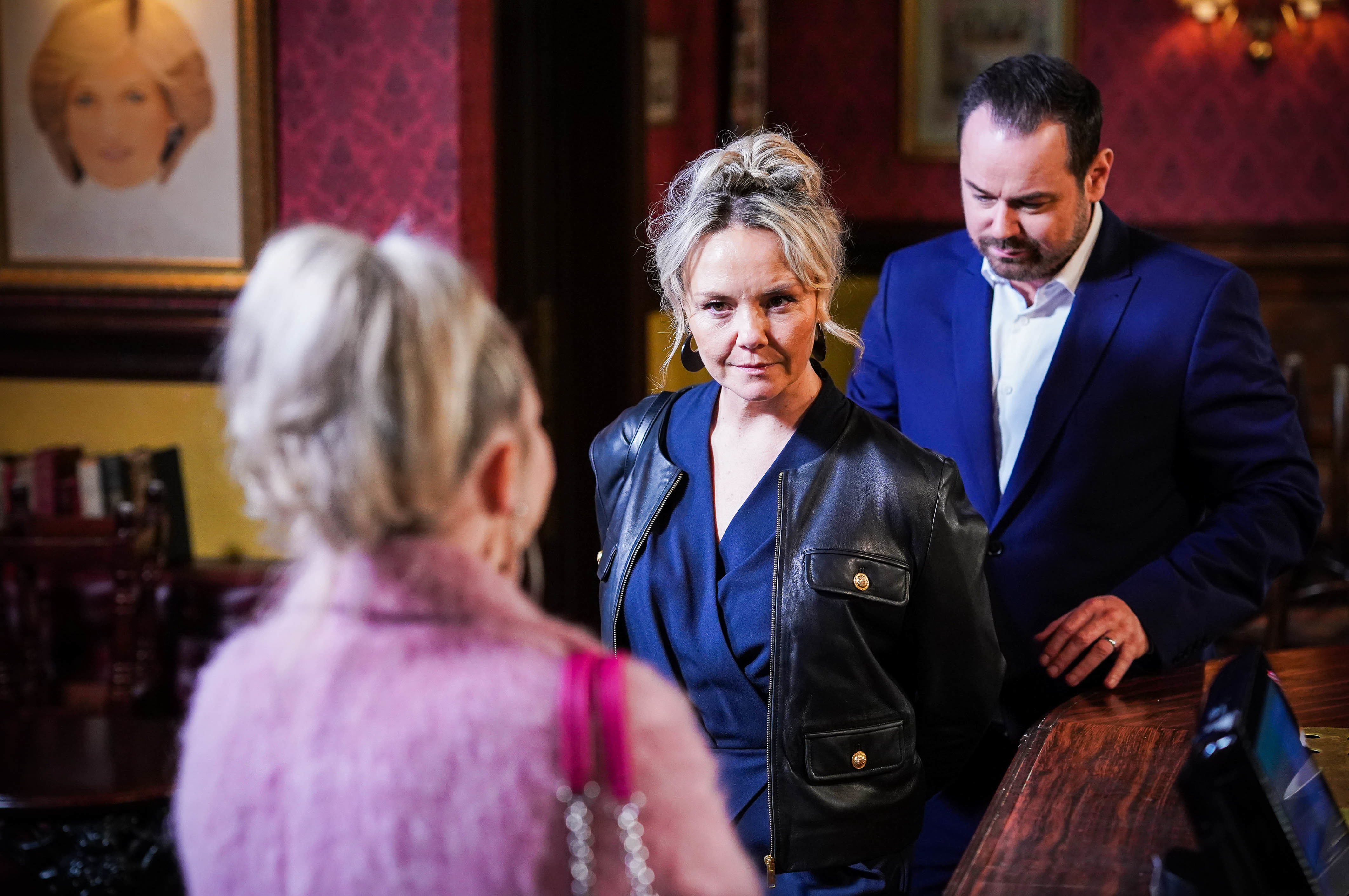 She might have got her man on EastEnders, but Janine Butcher (Charlie Brooks) is about to find out that a relationship with Mick Carter (Danny Dyer) might not be the passionate romantic dream she was hoping for.

When she wakes up and discovers Mick has already left the bed, Janine realises that he’s trying to avoid her. She decides to confide in Billy (Perry Fenwick) and reveals that she and Mick haven’t actually been intimate yet.

Later, she decides to talk to Mick about the situation and there’s an awkward discussion in which he manages to avoid any mention of the subject. It’s clear that he’s deeply uncomfortable and later on he talks to Mitch (Roger Griffiths), who’s overheard some of the exchange with Janine. Mick tells him that he can’t have sex with Janine.

Poor Janine, meanwhile, decides she needs to step up her game. She and Mick arrange a romantic date, which doesn’t go brilliantly after Janine has a wardrobe malfunction.

Despite – or because of – this, they’re getting on well, until the mood changes suddenly when Mick makes an admission that leaves Janine devastated.

Is this the end for her and Mick?