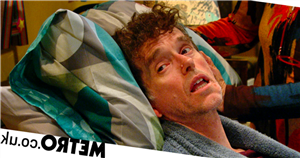 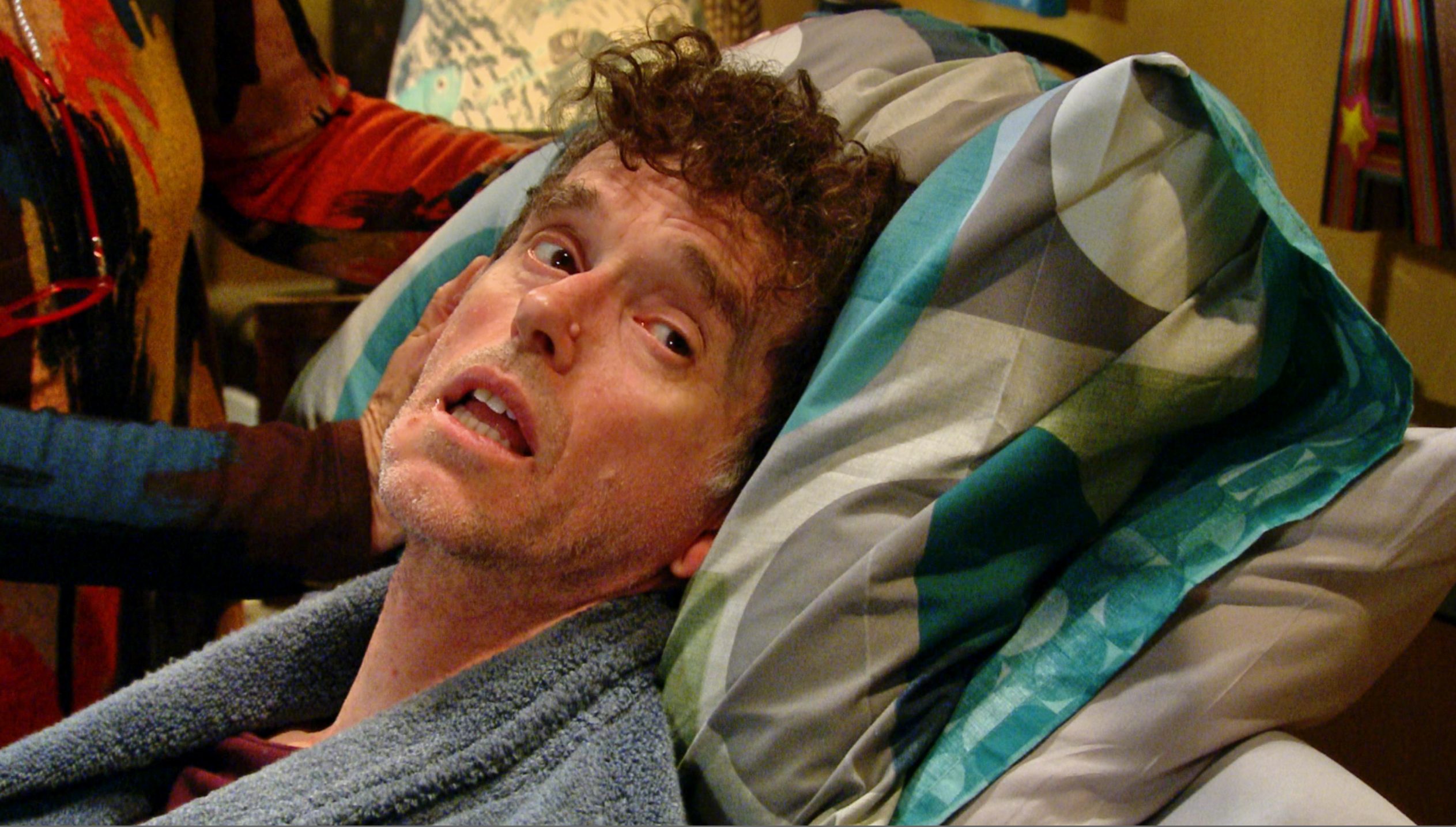 In tonight’s Emmerdale, Rhona (Zoe Henry) is nervous about leaving Marlon (Mark Charnock) on his own again, particularly when she notices he has a cough, but he insists that he’s fine and he’s happy for her to go to work.

Meanwhile Bear (Joshua Richards) has a plan to get Marlon out and about, thinking that he must be bored. He suggests to Liam (Jonny McPherson) that they can take him to the allotment in his wheelchair for a change of scene and some fresh air. Mary (Louise Jameson) has reservations, but agrees that it might do Marlon good.

Once there, it’s clear that Marlon is struggling to breathe and Liam is concerned. Bear suggests taking him home, but Liam realises the situation is worse than that – he needs to drive Marlon to hospital straight away.

Bear is devastated that his good deed for Marlon has turned out so badly and he tells Rhona what’s happened. She immediately rushes to the hospital and gets the bad news that Marlon has developed pneumonia and has to wear a breathing mask.

It’s hugely worrying for Rhona and she tries not to let the fear show in her eyes as she realises that this might be a huge setback in Marlon’s road to recovery – or even worse.

Meanwhile, Noah (Jack Downham) is going all out to impress Chloe (Jessie Elland), but she doesn’t realise that he’s found a new way to keep an eye on her – even when she’s in her bedroom.

And Chas (Lucy Pargeter) has a plan to bring Cain (Jeff Hordley) and Faith (Sally Dexter) together. Will it work?