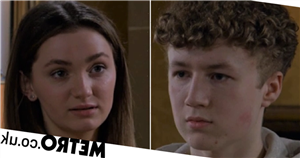 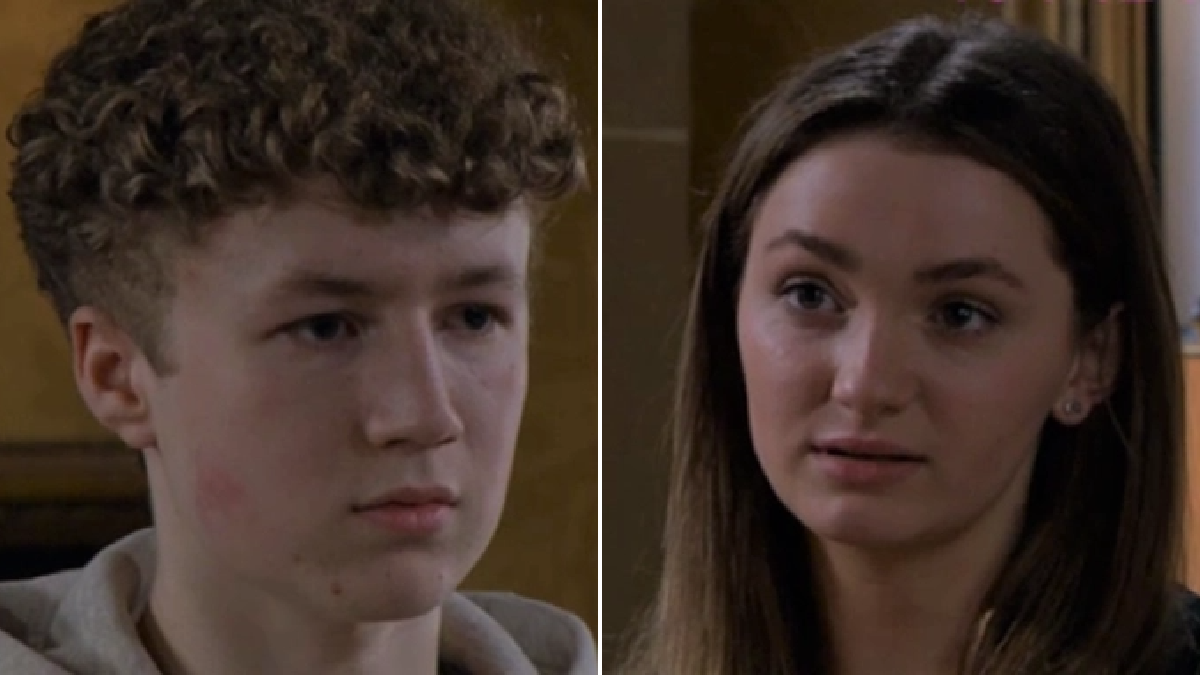 Noah Dingle (Jack Downham) was recently given the task by Jamie Tate (Alexander Lincoln) in Emmerdale to spy on Gabby Thomas (Rosie Bentham).

Jamie has convinced himself Gabby is up to no good while living at Home Farm, and has told Noah to find evidence to prove his theory.

As we opened tonight’s instalment of the ITV soap, Gabby’s meddling continued as she was using Kim’s (Claire King) confused behaviour to her advantage to ensure she’s kept in the clear.

Noah certainly won’t be getting a job at MI9 anytime soon as watching Gabby on her laptop came to a sudden end when Gabby caught him in the act.

Picking up on the pattern, Gabby confronted Noah about his odd behaviour.

Noah attempted to cover his tracks, but when Gabby flirted with him and said, ‘you’re not like all the other guys round here’, Noah blabbed and said the reason he’d been checking up on her was because Jamie asked.

Gabby was shocked, but flirting with Noah worked to her advantage again as she told him if he kept the confrontation a secret, she would ‘make it worth [his] while.’

Gabby and Noah were interrupted by the arrival of Jamie and when he asked Noah for an update, he lied and said Gabby had barely been off her laptop for him to try and gather information.

Noah’s lies have worked for now, but how will Jamie react when he discovers Gabby knows everything?

Furthermore, how far will Gabby go now as she continues to meddle and scheme?