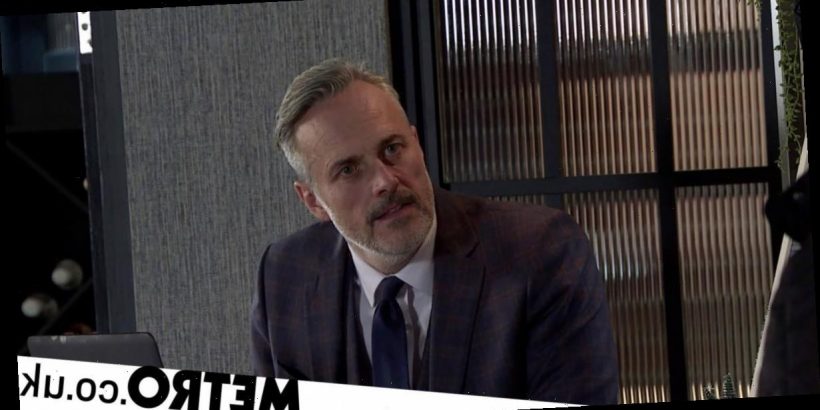 Ray Crosby (Mark Frost) vanishes in Coronation Street next week, but has he been murdered by former accomplice Debbie Webster (Sue Devaney)?

In scenes which air this week, Abi Franklin (Sally Carman) decides to dig for some evidence in order to assist Faye Windass (Ellie Leach) — who recently revealed to the police that Ray attempted to rape her.

Therefore, Abi heads to Ray’s hotel, where she overhears a conversation between the sleazy businessman and Susan — aka Chairperson of the planning committee — and as they discuss their crimes, she records it on her phone.

Subsequent scenes then see Abi confront Ray with the recording, telling him that she’ll bury it — but only if he admits to the attempted rape of Faye.

Ray agrees, informing her that he’s willing to confess on the condition that she delete the footage. However, Abi soon feels dizzy and collapses to the ground.

Debbie Webster (Sue Devaney) stumbles upon the scene, and goes to call for an ambulance, but Ray informs her that she’s going to help him out of the mess.

Will Debbie assist him? Will Abi die?

The answers to those questions remain to be seen, but next week, Ray does a disappearing act.

Details of Abi’s ordeal later come to light, and Debbie is determined to distance herself from the whole situation.

She claims she had no idea what she was dealing with, and therefore did whatever she had to in order to stop Ray in his tracks.

However, with the hotelier having vanished from the face of the earth, the question is: is he dead?

If so, has Debbie resorted to murder in order to end the nightmare once and for all?