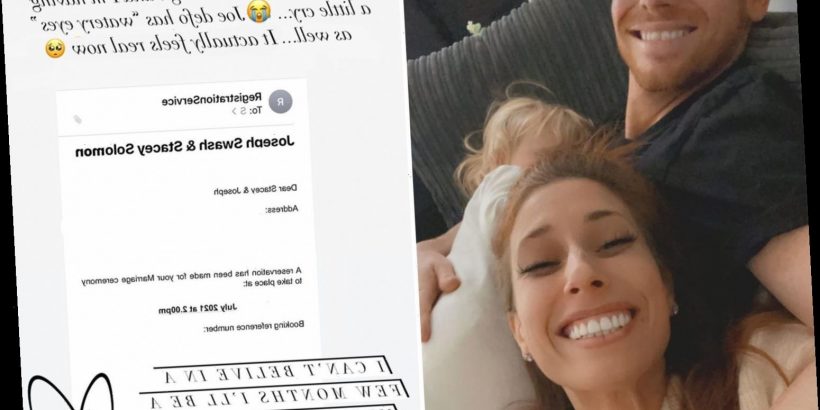 STACEY Solomon has broken down in tears after receiving the confirmation for her July wedding to Joe Swash.

The Loose Women star became tearful as she received the email from her venue for her upcoming nuptials. 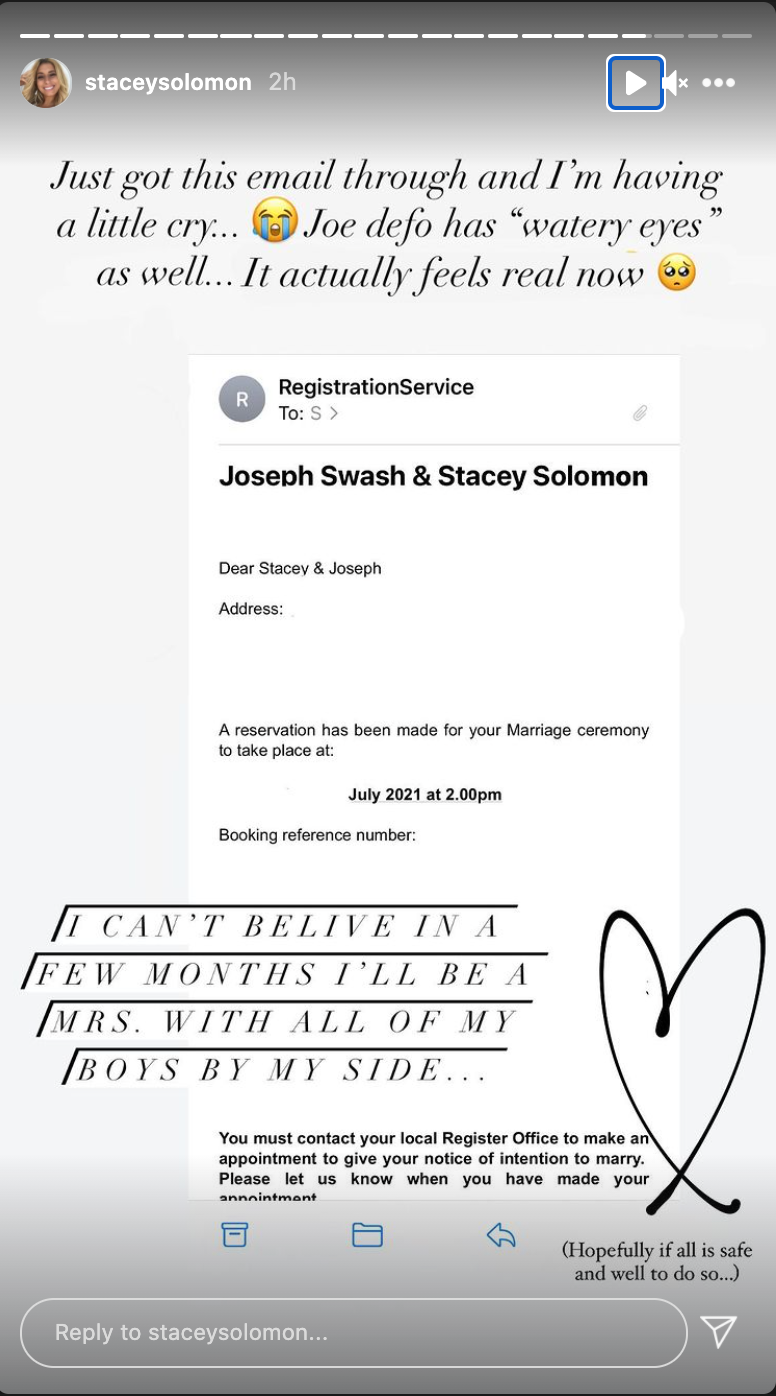 She posted a screenshot of the email on Instagram.

Emotional Stacey captioned it: "Just got this email through and I'm having a little cry. Joe defo has watery eyes as well. It's getting real now.

"I can't believe in a few months I'll be a Mrs with all my boys by my side."

Stacey's long-time boyfriend proposed with a huge diamond ring on a walk in the woods on Christmas Eve.

Joe popped the question while on a walk in the woods opposite their house with her two sons Leighton, eight, Zachary, 12, and their child Rex, one. 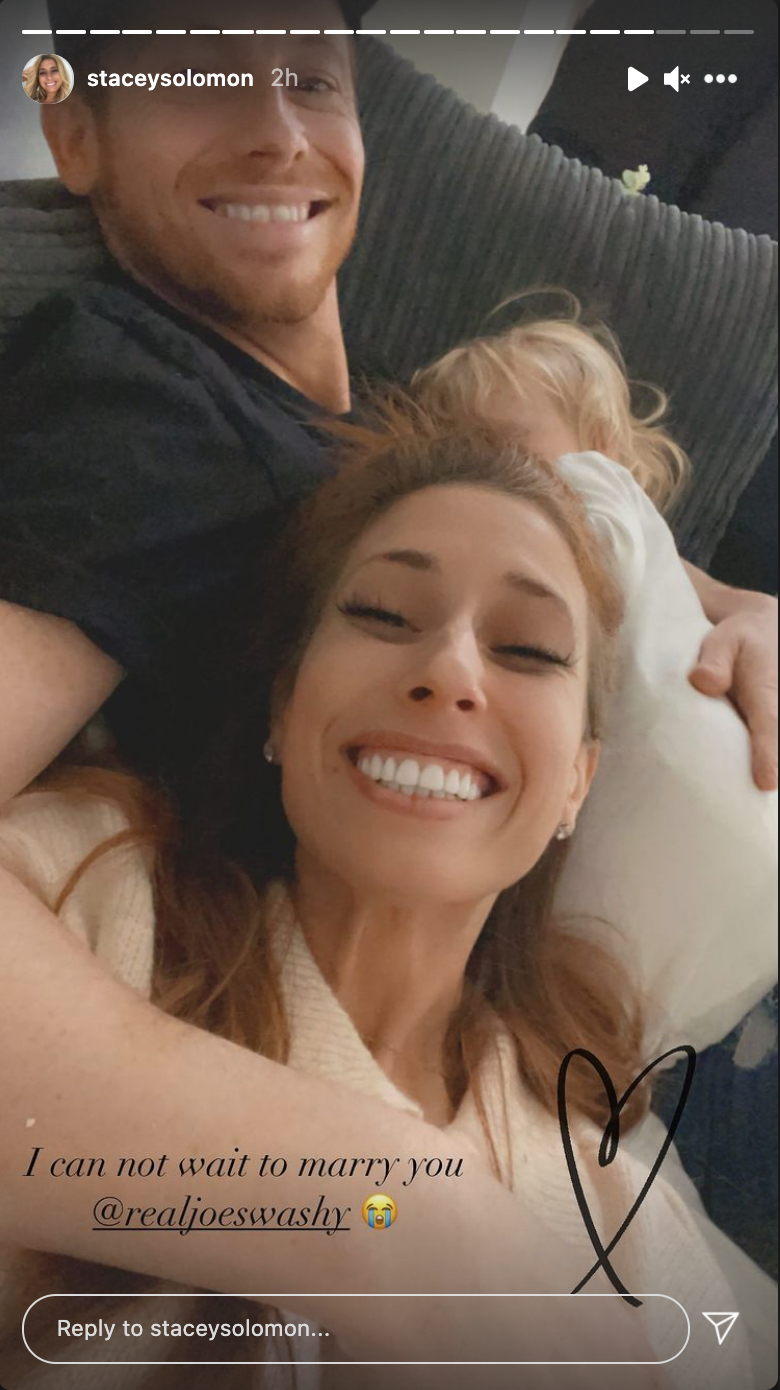 He proposed to his Loose Women girlfriend Stacey at Christmas, but she complained he's been 'hornier' than ever.

The mum-of-three took to her Instagram Story to film herself and Joe cuddling up on the sofa, with Stacey also holding sleeping son Rex.

She told fans in the black and white video: "He's finally home, woo!" 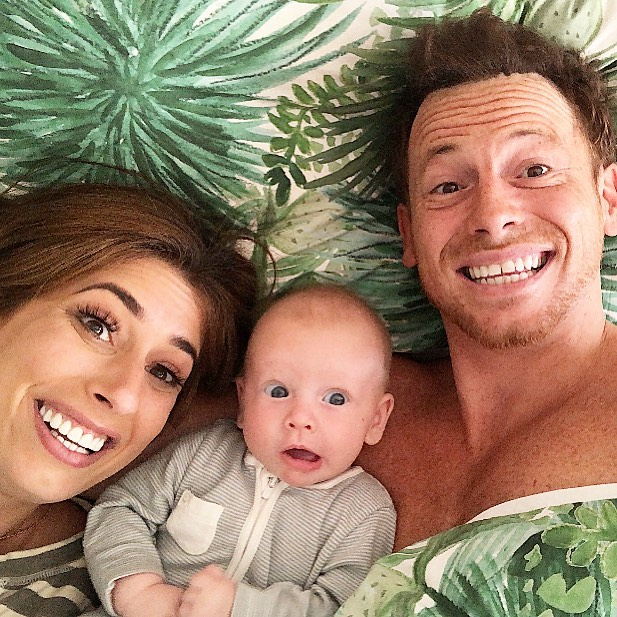 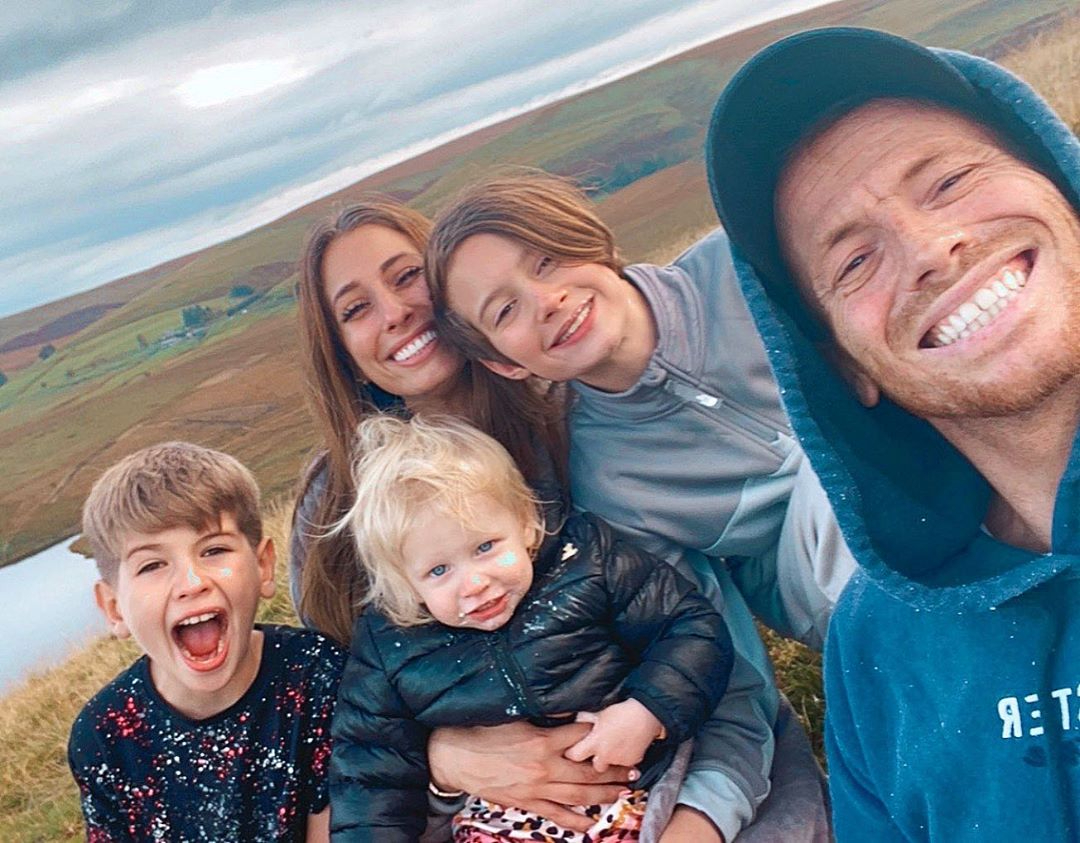 Stacey's face dropped as her partner spoke, pulling a face as she moved her phone so that Joe was out of shot and changed the subject to fans.

She captioned the post: "Joe Joe is finally home, and pervier than ever" alongside an embarrassed emoji.