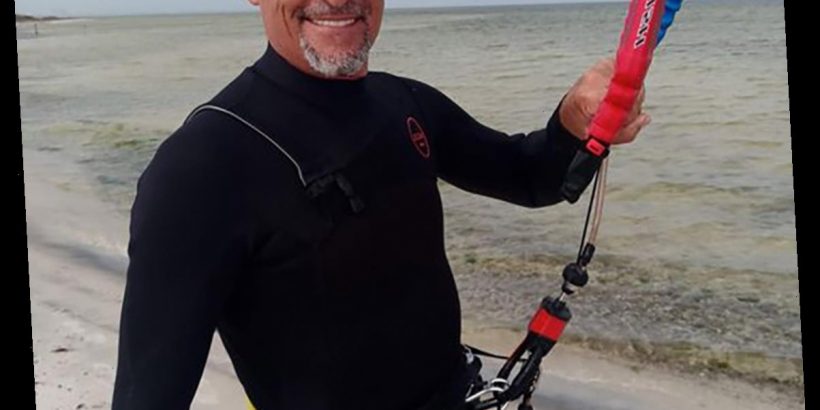 Cliff Simon, the actor best known for his role as villain Ba'al on Stargate SG-1, has died after a kiteboarding accident. He was 58.

Cliff died on March 9 at Topanga Beach in California, according to his wife, Colette Simon, who posted on her husband's Facebook page Thursday to share the tragic news.

"It is with unimaginable heartbreak that I am sharing with you, that my beloved husband, Cliff Simon, passed away…" Colette wrote. "He was known to most of you on this page as the villain you loved to hate, Ba'al, from Stargate SG-1. But as he said, 'acting is what I do, it's only a part of who I am.'"

She continued, "And he was SO much more – a true original, an adventurer, a sailor, swimmer, dancer, actor, author. There is a gaping hole where he once stood on this earth. He was loved by too many to mention and had a great impact on so many lives. He was an amazing and much loved brother, uncle, nephew, cousin and friend." Colette did not give details about the circumstances surrounding Cliff's death. She said only that "a small saving grace to this tragedy is that he was doing one of the things he loved most and passed away on the beach near the water, which was his temple. I know this is a shock and will hit hard but we hope you can respect our need for privacy at this time."

Never miss a story — sign up forPEOPLE's free weekly newsletter to get the biggest news of the week delivered to your inbox every Friday.

Born in South Africa, Cliff was also a world-class athlete. After immigrating to England at a young age with his family, Cliff trained as a swimmer, qualifying for the British International Olympic team in 1984.

He never competed in the Games, however, after deciding to quit and moving back to South Africa where he joined the South African Air Force. After his time in the service, he found work as a windsurfing instructor and model before branching out into acting.

In 1992, he landed a role in the South African soap opera Egoli – Place of Gold. He would go on to appear alongside Don Johnson on 'Nash Bridges, which led to his recurring guest role as Ba'al in Stargate SG-1.

Cliff also had roles in NCIS and Criminal Minds. In addition to his extensive acting career, was also the author of the book Paris Nights My Year at the Moulin Rouge.