Jamie Laing returned to the BBC series after he was forced to withdraw from last year’s Strictly Come Dancing when he injured himself during the launch show. He was originally set to perform with Oti Mabuse but this year he’s been partnered with Karen Hauer. Opening up about how he’s been getting on so far, Jamie admitted it would have been nice to reunite with Oti, however, he thinks she would have tired of him.

He explained: “It would have been wonderful to be re-paired with Oti but at the same time everything happens for a reason and Karen and I are real buddies.

“Perhaps Oti may have hated me at some point? Who knows!

“But with Karen we get on so well and so, it kind of works. I am happy that Karen and I are partnered together without a doubt.”

Jamie went on to admit he was concerned he wouldn’t get the chance to dance this year either due to the coronavirus pandemic. 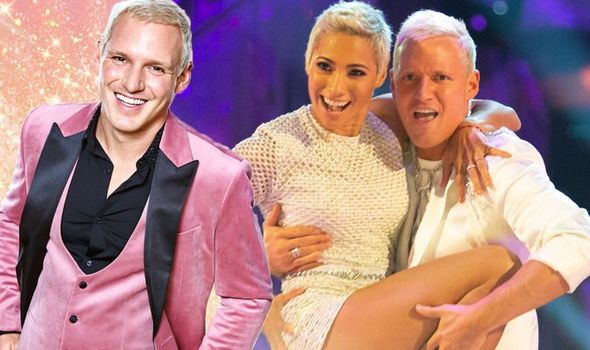 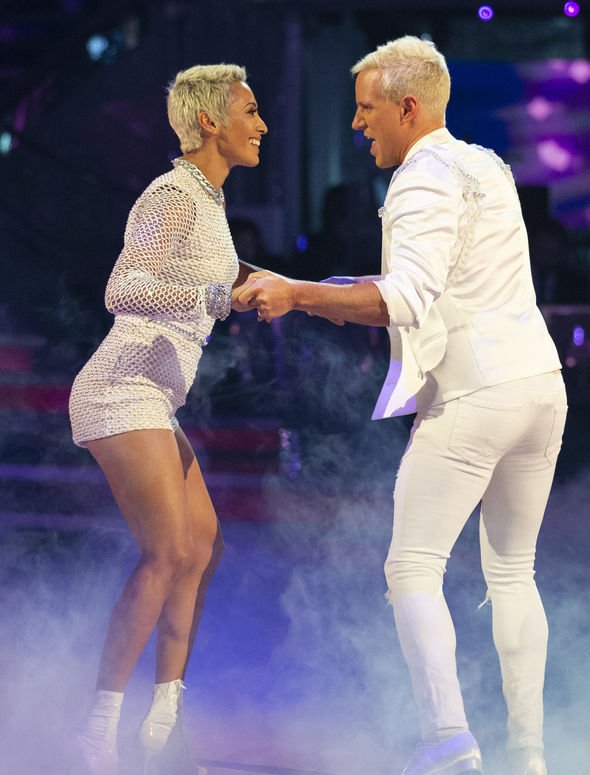 But now he’s back in training room with Karen, he revealed she keeps him “in check”.

He told Mail Online: “Karen is 100 per cent keeping me in check without a doubt. 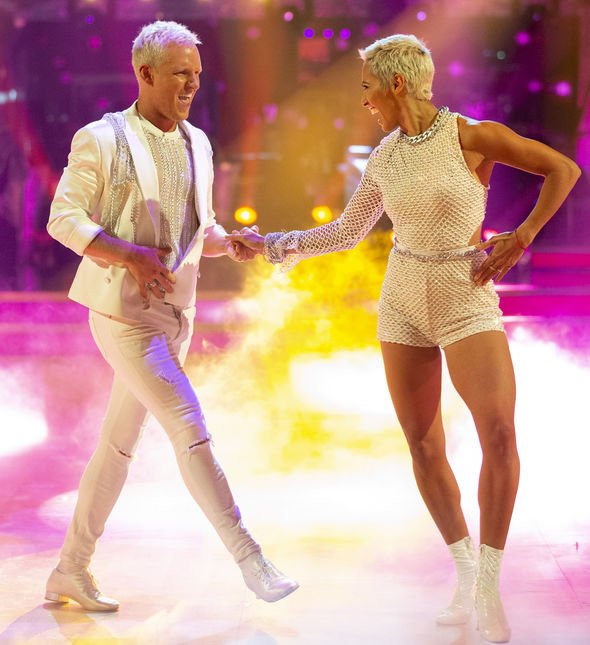 “We have funny little arguments together but I am just in such awe of her.”

Last week Jamie and Karen performed the Cha cha and scored a total of 14 out of 30 points.

Their score means they are close to the bottom of the leaderboard so they’ll be hoping their American Smooth will help them turn things around.

The pair will be dancing to Night and Day by Frank Sinatra tomorrow evening.

Fortunately, it seems Jamie and Karen might narrowly avoid elimination this weekend as Jacqui Smith is favourite to be booted off first.

The former Home Secretary and Anton du Beke are currently bottom of the leaderboard and bookies have revealed she’s received the most bets to leave first.

According to Ladbrokes, 63 percent of punted say Jacqui will be kicked off on Sunday evening’s results show.

Bookies have made her odds-on at 4/7 to be eliminated while Bill Bailey, Ranvir Singh and JJ Chalmers are close behind.

Jessica O’Reilly of Ladbrokes said: “Punters are convinced Jacqui will be going home this weekend as the first Strictly casualty of the series.”

Meanwhile, Jamie’s odds of being axed first are priced at 10/1 so it’s possible he still has plenty of time left in the competition.

Could he even go on to win the Glitterball Trophy?

Strictly Come Dancing airs Saturday on BBC One at 7.10pm.