Strictly Come Dancing viewers were stunned on Monday when Danny John-Jules no-showed a scheduled TV interview with professional partner Amy Dowden to discuss their exit from the show.

The couple lost the dance-off in Sunday’s results show (November 11) two days after they were forced to go on TV so Amy could insist that she “never felt threatened or bullied by Danny”. This was all in spite of reports of a blow-up in rehearsals.

One night after their elimination, Danny and Amy were supposed to be together one more time for an interview on It Takes Two, but Zoe Ball opened the show by revealing that the actor had “decided” not to appear.

Instead, his professional partner Amy was left to fight back tears as she admitted to Zoe: “I promised myself I wasn’t going to cry.” 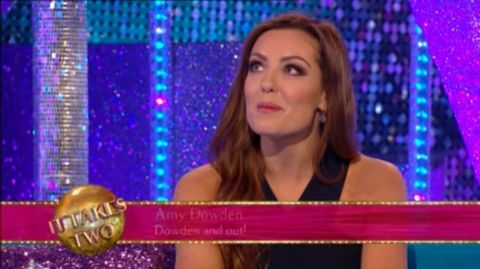 The controversy between the two wasn’t directly addressed; rather Amy took the opportunity to send her love and support to Danny.

“I’m so proud of Danny,” she insisted. “Watching his journey, he is such a talented performer. I know and believe he belongs on this stage. I am so proud.

“The performances, Danny, you belonged there and I hope to see you on stage performing really soon.”

Zoe Ball shared her own disappointment about the contestant’s absence, admitting: “Danny, we’re so disappointed you couldn’t be here tonight!” 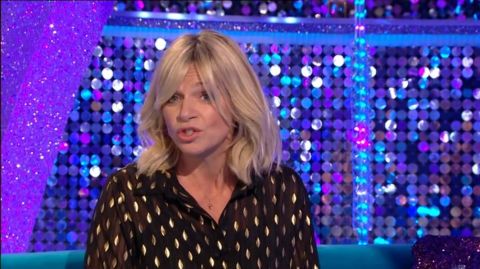 Viewers were sharply critical of Danny’s decision to skip the interview:

And were united in their praise for Amy:

Leading up to Sunday’s results show, Danny was embroiled in plenty of controversy on social media. His wife Petula Langlais had accused the BBC of “throwing him under that bus” over reports of a feud with Amy, while Danny himself clashed with former Strictly pro James Jordan for insulting his mother.

We’ll see if the controversy continues with any other contestants when Strictly Come Dancing continues on Saturday (November 17) at 6.45pm, followed by the results show on Sunday (November 18) at 7.20.

This week’s results show will also feature a live performance from pop legends Take That.