During the show’s opening number last night (October 14), Janette Manrara and her husband Aljaž Škorjanec danced together, as did former couple Kevin and Karen Clifton.

However, Katya partnered up with Giovanni Pernice instead, while Neil danced in the background.

Another tweeted: “Neil and Katya didn’t dance together…”

And a third said: “did my eyes deceive me or was neil dancing with amy not katya in the group dance?”

This weekend, Seann wore a Where’s Wally style t-shirt to play an incompetent pizza chef. He and Katya danced to LunchMoney Lewis’ ‘Bills’ – and, after much speculation, the pair made it through to next week, as Katie Piper and Gorka Marquez were eliminated from the competition. 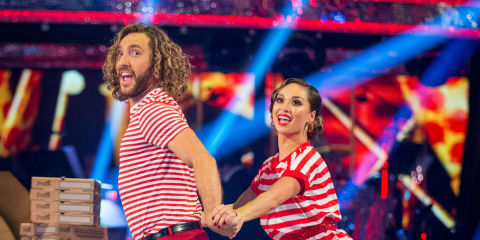 In a statement, she slammed the comedian for his “inappropriate, hurtful behaviour” – and said she was keeping their cat, Winston.

Strictly Come Dancing airs on Saturdays and Sundays on BBC One.