In comparison, last week’s show had an average of 8.4 million viewers and hit a peak of 9.5m, while the first live show the week before averaged 8.9m with a peak of 10m.

Former Steps singer Faye Tozer and her professional partner Giovanni Pernice topped the leaderboard with 36 following their quickstep to ‘You’re the One That I Want’ from Grease.

Close behind were ex-Pussycat Doll Ashley Roberts and her partner Pasha Kovalev, who danced a salsa to ‘(I’ve Had)The Time of My Life’ from Dirty Dancing and scored 35. 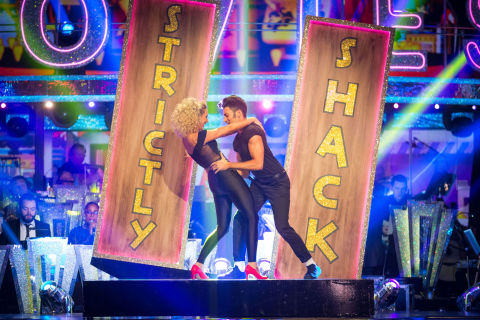 Blue singer Lee Ryan and his partner Nadiya ended up at the bottom of the leaderboard, after their cha-cha-cha to ‘The Power of Love’ from Back to the Future failed to impress the judges.

Speaking of the judges, they were embroiled in a bit of drama during the show last night when Bruno Tonioli and Craig Revel Horwood had a rather fiery exchange.

After Craig told Ashley that she was “a bit straight-legged”, Bruno shouted: “You know nothing about straight, darling! Don’t talk about straight. You have absolutely no idea what straight is!” 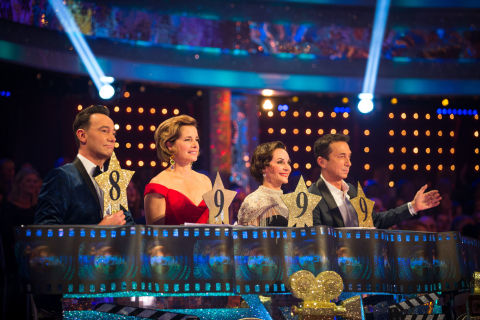 But Craig was ready to hit back, saying: “Thank you Bruno for your wise words of wisdom,” before adding in reference to Bruno’s earlier chair slip: “Go fall off the chair again darling where you belong – in the gutters!”