The dancer and head judge shared an empowering quote on Twitter about people saying negative things, adding that some on social media had been sending her “nasty disgusting comments”.

“After all the negative people and such nasty disgusting comments I received, I post this for anyone out there who has to deal with nasty people,” Shirley said. “Be kind caring and loving. I live by that. HATE is an awful trait.”

It comes after some criticised her for her scoring of Faye Tozer during this weekend’s Strictly, the judge awarding her an 8 for her Jive despite the others giving her 9s and 10s.

Shirley argued that the dance “lacked changes in energy”, and suggested that the Steps singer needed to up her game for Blackpool Week.

This weekend saw Danny John-Jules given the boot, though he stunned fans of the show last night (November 12) when he failed to show up for his exit interview on It Takes Two. 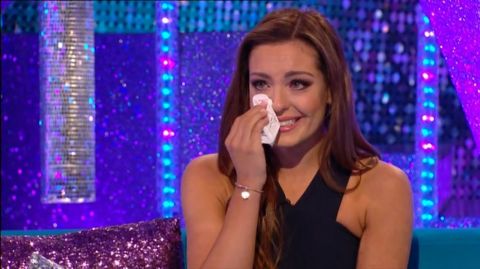 Professional partner Amy Dowden instead turned up, and fought back tears as she said: “I promised myself I wasn’t going to cry.

“I’m so proud of Danny,” she insisted. “Watching his journey, he is such a talented performer. I know and believe he belongs on this stage. I am so proud. The performances, Danny, you belonged there and I hope to see you on stage performing really soon.”

It came after reports of a feud between the pair last week, though they did go on TV a few days ago where Amy insisted she “never felt threatened or bullied by Danny”.

Strictly Come Dancing continues on Saturday (November 17) at 6.45pm, followed by the results show on Sunday (November 18) at 7.20pm.