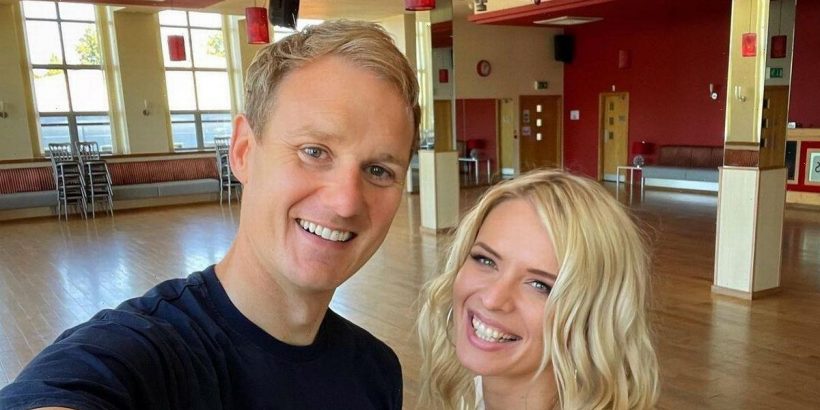 Strictly Come Dancing’s Dan Walker won’t be dancing on Sundays as the devout Christian will be taking the day off for religious reasons.

The BBC Breakfast presenter has told his professional dance partner Nadiya Bychkova that he will be using the day of rest to recover from the Saturday night show and to "gain perspective".

This risks the 42-year-old's progression on the hit BBC One dance competition as his fellow contestants put in the hours for the upcoming show next week.

A source told The Mail on Sunday that the news reporter will be "sacrificing" the extra time to be with his family despite the dreaded dance off which airs each Sunday.

The insider told the publication: “Dan’s religion is very important to him and he won’t be dancing on Sundays. It is a sacrifice he makes for his faith.

“While Nadiya will have to understand, the professional dancers become more competitive than the celebrities as the series draws to a close, the rivalry amongst them is huge.”

The Sheffield star, who follows the Evangelical Christian tradition, has made it clear that he will continue the religious practice throughout his entire journalistic career.

This decision has meant fewer employment opportunities for the sporting dad-of-three because a large proportion of football matches take place over the weekend.

Dan explained his reason behind the decision as he continues to raise his young family while juggling work and Strictly to the Independent last week.

He told the publication: “I’ve always had that day as a family day. Sometimes, it’s been difficult, and some people find it peculiar that that’s the stance I’ve chosen to take. But it’s really important.

“I work a lot, so I have to make up for the fact that I'm not there. My faith is important to me. It's what makes me tick.

“Having that time to rest, gain perspective and concentrate on the important things in life keeps me grounded.”

Last Saturday, the TV presenter surprised viewers when he scored 24 points for their lively quickstep to Everybody Needs Somebody To Love by The Blues Brothers.

But with only six days to practice his next routine, the star confessed he has been “really struggling with this week’s dance” online.

He tweeted: “Legs are a bit weary. I'll be honest with you … I am really struggling with this week’s dance.

“Nothing went in yesterday. It was just a sweaty mess. Back at it today with @NadiyaBychkova so hopefully something will click.”