Bruno Tonioli has been a star on Strictly Come Dancing since the very beginning and joined his fellow judges and hosts Claudia Winkleman and Tess Daly on the BAFTA Telelvision Awards this evening. The BBC dance contest was nominated in the Entertainment Programme category and saw off the likes of The Voice, The Rap Game UK and the Greatest Dancer to bag the gong. Each of the show’s stars said their thanks from their own homes via video link – and it didn’t take long for fans to comment on Bruno’s appearance.

Bruno is currently soaking up the sun in the USA where he has judging duties on Dancing with the Stars.

However, as he beamed onto screens in the UK, fans couldn’t help but notice his tan, as well as the fact he’d ditched his typical jet black do.

Instead, Bruno popped up onscreen with a new greyer hairstyle.

Tess kicked off the messages of thanks before Claudia appeared onscreen to pay special honour to Bruno, Motsi Mabuse, Shirley Ballas and Craig Revel-Horwood. 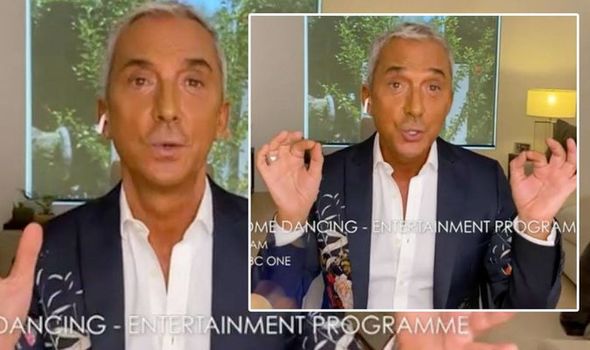 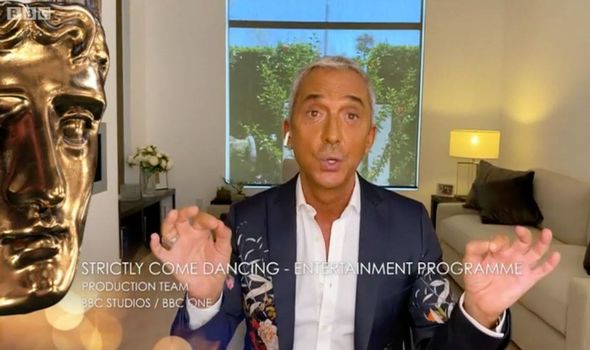 Claudia said: “I want to say a big thank to everybody at the BBC,

“To Charlotte, to Kate, to Joe Wallace, to Susia Lamb to obviously everyone ta BBC Studios.”

The Strictly host continued: “Huge thanks to our executive producer Sarah, James and, I’ve just got to mention them, nobody has judges like us.”

Soon after Claudia’s kind words, Bruno appeared to weigh in with his messages of thanks. 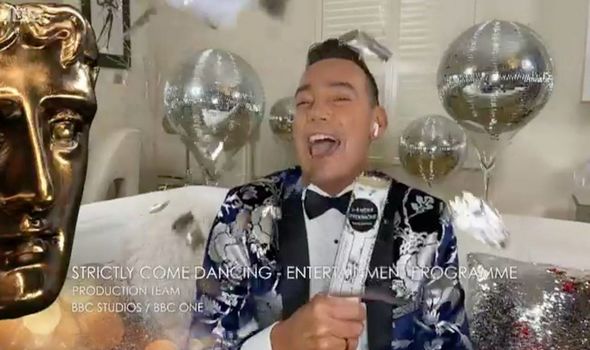 “But the biggest thank you,” Bruno began as appeared via video link, “goes to all of you, our viewers.”

He continued: “I’m telling you, without you, we would not be here.

“And we really hope to keep you entertained and happy for many years to come.”

While Strictly fans everywhere were overjoyed to see the show win, others were quick to weigh in with their thoughts on Bruno’s new look.

Taking to Twitter, one fan commented: “Wondering if Bruno will show his grey hair on the next series of Strictly? #BaftaTV.”

A second added: “Where’s Bruno Tonioli been, the surface of the sun? #BaftaTV.”

While a third was also distracted as they weighed in: “Seeing Bruno’s hair… #BaftaTV,” alongside a gif captioned ‘oh my Christ’.

And a fourth couldn’t help but joke: “Bruno…. #BaftaTV my household all gasped at the same time when he appeared on screen.”

The BAFTA TV Awards are available to stream on BBC iPlayer now.