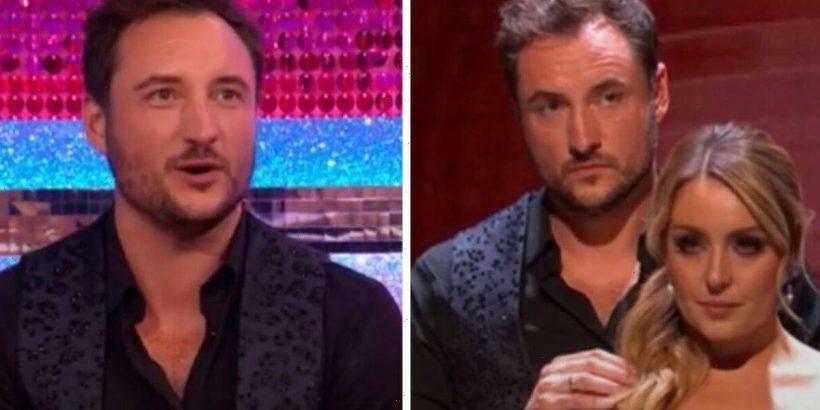 Strictly: James Bye admits he thought he'd be in the dance off

During last Sunday’s Strictly Come Dancing, James Bye admitted to Claudia Winkleman that he had prepared himself to land in the dance-off when Tess Daly was reading off the names of which celebrities would be staying in the competition. However, luckily for the EastEnders star, he and his dance partner Amy Dowden were safe and will perform again this weekend.

It was in fact, Jayde Adams who was sent home after landing in the dance-off against Molly Rainford.

Speaking in an exclusive interview with Express.co.uk, dance professor Dr Jill has analysed James and his contestants’ movements from last weekend.

On behalf of Heart Bingo, the expert shared her thoughts on who is at risk of elimination next.

Dr Jill believes Ellie Taylor and James could face each other in the dance-off over their lack of connection to the audience.

“Simply put, Tony [Adams] has survived in the competition because the public like him,” Dr Jill explained.

“It is important to connect with the audience during dance performances.

“Fleur East and Ellie Simmonds have had recent breakthroughs in emoting in their dancing which will help them connect with the public.

“Molly Rainford and Kym Marsh have struggled with this in recent performances.

“Unsurprisingly, both have ended up in the dance-off, despite being some of the better celebrity dancers in the competition.

“I have noticed Ellie Taylor and Helen Skelton finding it difficult to emote and connect.

“Their lack of expressions during performances not only affects their performances but it won’t be memorable for viewers at home.”

“As a result, I think Ellie Taylor is most risk of elimination this week, along with James Bye,” the expert claimed.

“I expect to see Tony attempting to dance for a couple more weeks.”

Dr Jill went on to discuss why Tony has avoided being eliminated after he received the lowest score last weekend.

“Tony has already survived much longer in the competition than I had expected,” she admitted.

“I had hoped he would have been able to utilise his sports knowledge and apply it to dance technique, particularly in preparation for the Fully Monty performance earlier in the series.

“The biggest issue Tony has while dancing is that he doesn’t ‘hear’ music.

“Following Tony’s Cha Cha Cha performance in last week’s show, Shirley Ballas commented, ‘There has to be some sort of timing’.

“Based solely on performance, Tony should have been at risk of elimination every week. The only reason he’s remained in the competition is because he’s wildly entertaining.

“It may be that the public view Tony as a bit of an underdog and that his humour is touching.”

Strictly Come Dancing airs on Saturday at 6.50pm on BBC One.