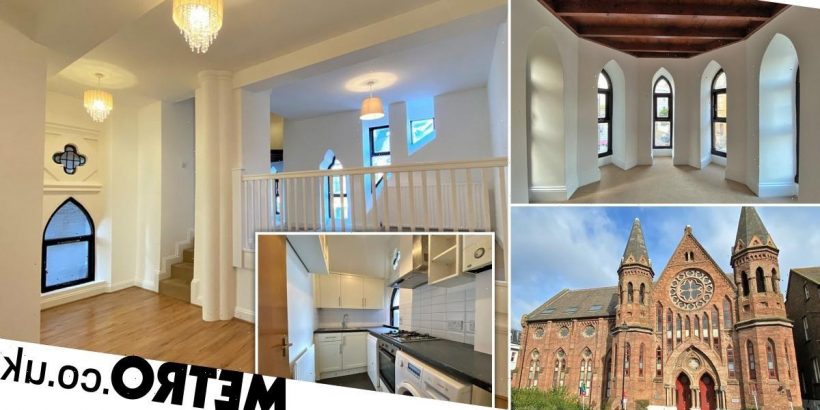 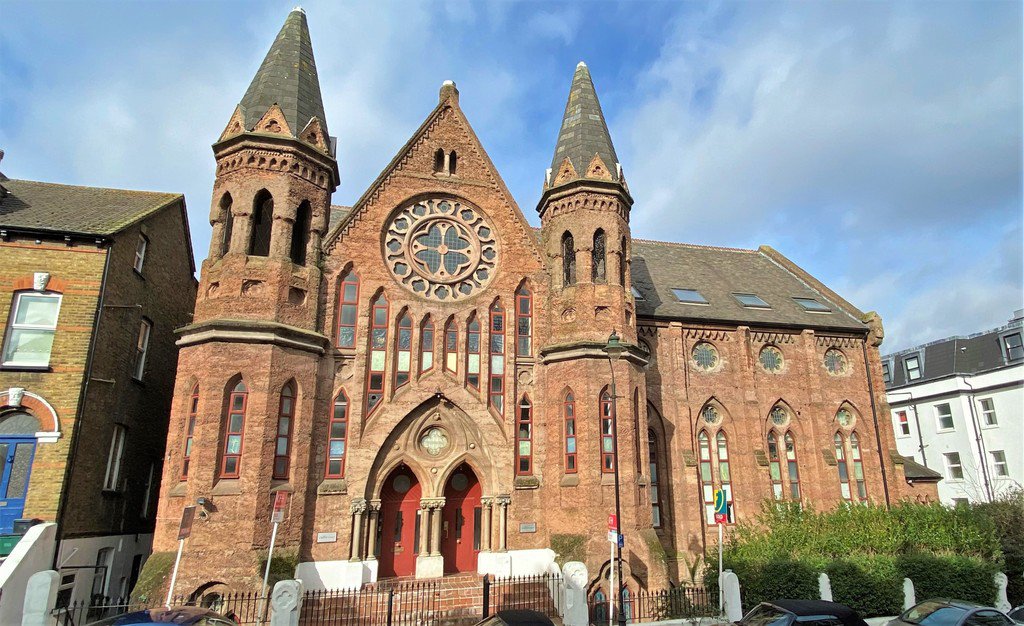 Tiny studio flats are a dime a dozen in London, but few are quite as special as this one.

Tucked away in Crystal Palace, this 443 sq ft apartment makes up for its smaller size with a large heaping of character – all thanks to its location inside an old church.

The flats comprise what used to be called The Concrete Church, which served as – you guessed it – a church for over 100 years.

Created in 1883, it was one of the earliest buildings erected in mass concrete (hence the name), and went on to have a new chancel window added in after its original one was damaged by a bomb in WW2.

That window – which has in stained glass the message: Thin, O Lord, is the Greatness and the Power and the Victory’ – is still in place, despite the building being sold off and turned into a residential dwelling.

Other original features remain, too, such as the twin turrets above the entrance, and the grand doors at the front.

Now, one of the flats inside the building, now called New Church Court, is on the market with an asking price of £249,995.

Go inside the flat and – while there’s a fresh kitchen and newly painted walls – you can still feel like you’re inside a church.

Arched windows give a chapel feel, and in one octagonal space there’s a ladder up to a little nook, which you could use as a sleeping area (just be careful you don’t roll off), a space for prayer, or just as storage.

Elsewhere in the flat there’s an entrance hall with laminate flooring, an open plan lounge and dining area – with some of those Gothic arch windows we mentioned, plus a feature fan light above – a kitchen, and a bathroom, complete with a tub and shower.

The raised bedroom space is where you’ll find your timber ladder up to the nook, as well as a balustrade separating it from the lounge area and a turret to your octagonal space.

If you fancy putting in an offer, you can find out more and book in a viewing through the Fish Need Water listing.