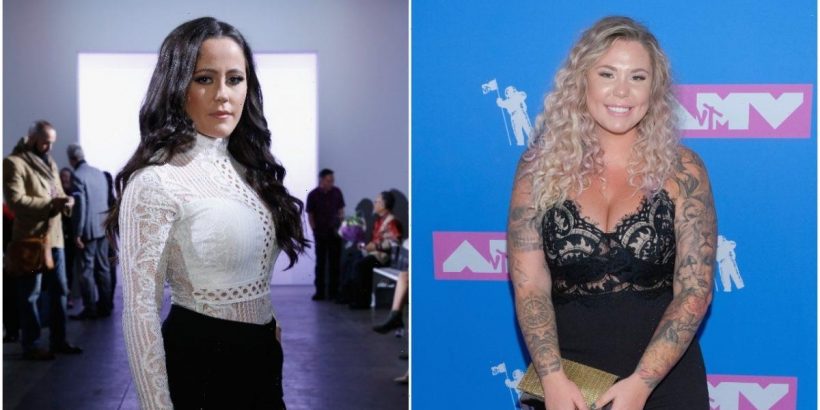 Teen Mom 2 star Kailyn Lowry accused co-star Jenelle Evans of leaking her pregnancy. However, she recently discovered Vee Rivera actually spilled the beans and issued an apology to Evans. While some fans are glad that Lowry owned up to being wrong, others think she should apologize to ex Chris Lopez as well.

Initially, she blamed co-star Jenelle Evans for exposing it after she tweeted congratulations. After the episode aired, Lowry issued an apology to the Teen Mom 2 alum on Twitter.

The reality star admitted she accused the wrong person of the leak, noting she reacted strongly because she felt “hurt and betrayed over a moment that I should have been able to announce on my own timeline.”

She ended her apology by reiterating her feelings at the time, admitting she had made a mistake. Lowry captioned her message, “I can’t tag Jenelle because I’m blocked,” and included the hashtag for Teen Mom 2.

Fans think she also owes an apology to Chris Lopez

While some fans feel for Lowry and believe Vee betrayed her, others pointed out that she reportedly did the same thing to her ex-boyfriend and father to her youngest kids, Chris Lopez.

In September 2021, she congratulated her ex “and his new family” on her Instagram story. “So exciting for the boys to have a new sibling to love.” He seemingly responded on Twitter by claiming she wanted attention, and then she revealed the baby’s gender during an October 2021 episode of Baby Mamas No Drama.

Lowry also seemed to hint at the sex in her initial post as she included a blue heart emoji. He later announced the birth of his third son in December 2021 on his podcast, explaining, “I got to be a part of it more than I ever have.”

He also threw shade at his ex without saying her name, adding, “you ain’t about to destroy some peace.” Viewers were quick to remind Lowry of the situation on social media following her message, noting they thought Lopez and the mother of his youngest child also deserved an apology for leaking their pregnancy.

After taking a month off filming, Lowry returned for Teen Mom 2 Season 11 Episode 5. She talked to co-star Leah Messer about a falling out with Vee during her segment.

The reality star explained that ex-husband Javi Marroquin exposed Vee for lying about something during an argument, so Lowry put the two into a group message to figure it out.

She claims her podcast host revealed herself as the one who leaked her pregnancy with Lux to Marroquin, her first child with Lopez after the two divorced. Additionally, she apparently told her ex that he didn’t father the baby she miscarried.

The two later met up, and Lowry explained how much the leak hurt her. Vee owned up to the situation, claiming she felt alone and dealt with postpartum at the time. Their conversation ended with Lowry noting she wanted to continue a friendship with Vee but didn’t know if they could work together. Teen Mom 2 airs Tuesdays at 9/8c on MTV.