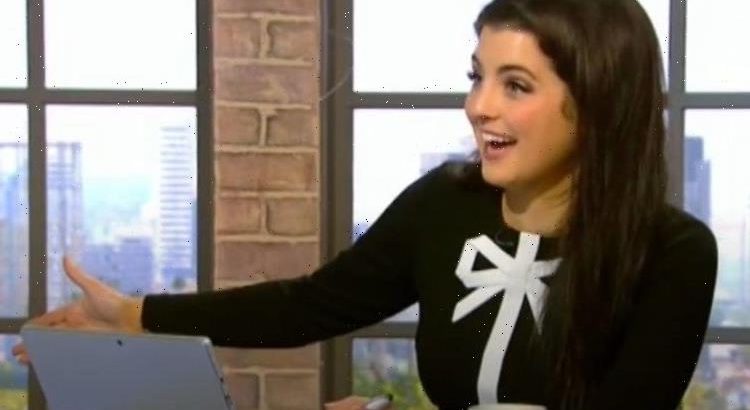 Presenter Storm Huntley left Channel 5 guests with their jaws wide open as she asked whether or not the Monopoly guy, Rich Uncle Pennybags, wore a monocle or not. Host Jeremy Vine immediately said he did with fellow panellists agreeing but Ms Huntley soon revealed they were all wrong and had made it up in their head. She then revealed he never wore a monocle to the amazement of the guests who could not figure out why they thought he had one.

As the Jeremy Vine Show was linking segments, Ms Huntley revealed she was asked by her producer in her ear whether the Monopoly man has a monocle or not.

Mr Vine immediately said: “Yes, of course, he’s like that, that’s how he looks!”

But Ms Huntley soon burst his bubble when she shared an image of the Monopoly guy where he was not wearing a monocle.

She added she had carried out some research on the internet and said no images came up with him wearing a monocle.

One guest could not believe it and branded it “fake news” as the panel attempted to dissect why they thought he looked that way.

Ms Huntley retorted and simply stated many people have “made that man up” in their minds.

Since his introduction in 1936, no Monopoly board or game has featured Rich Uncle Pennybags as wearing a monocle.

The process of implanting fake memories believing they are real ones is known as the Mandela effect with the Monopoly monocle being one of the most famous examples.

The effect was called as such after a paranormal consultant wrongly believed Nelson Mandela died in prison in the 1980s and not in 2013.

Another famous example is “Looney Tunes” when most people believe, wrongly, the cartoon show was actually called “Looney Toons”.

A more nerdy case is from Star Wars where many people believe C-3PO is fully golden when he actually has a silver leg.

And in keeping with the Star Wars theme, Darth Vader never says “Luke, I am your father” as he omits the “Luke”.

However, some psychologists take the Mandela Effect very seriously and spend a lot of time researching it to understand the problems with human memory.

Much of the research has been used during interrogations for criminal or civil cases where suggestive questions may alter how someone remembers a traumatic event.

Some psychologists also suggest sleep deprivation could be behind the Mandela Effect as cognitive ability is reduced, including being able to remember things.