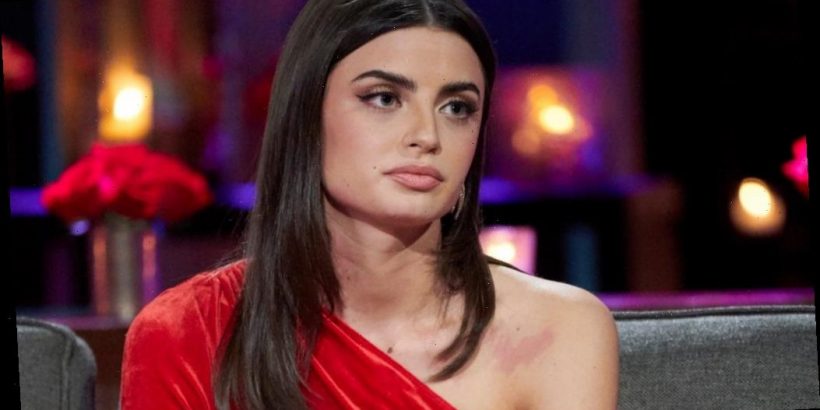 Emmanuel Acho stepped in as host for The Bachelor: After the Final Rose on March 15 and he was privy to all of the drama and conversation surrounding the contestants. The former football player navigated tough discussions regarding racism in the franchise. This followed Rachael Kirkconnell’s racist pictures emerging during The Bachelor airing on ABC. There were multiple segments that discussed Rachael’s past and how she is trying to make amends. But one The Bachelor: After the Final Rose conversation that Acho facilitated — viewers never saw.

Emmanuel Acho had many ‘After the Final Rose’ conversations on air

The guest host asked runner-up Michelle Young about her heartbreak regarding Matt James unexpectedly breaking up with her. Michelle walked through the difficult final day for her on The Bachelor.

Acho also spoke with Katie Thurston, the next bachelorette of the franchise. He announced that both Katie and Michelle will be bachelorettes on separate seasons, sandwiched between a season of Bachelor in Paradise.

And of course, Acho spoke with Rachael about the pictures she was in that resurfaced. He questioned Rachael, the work that she’s doing to become anti-racist, and her current feelings toward Matt.

The final couple that has since split then had a difficult conversation for viewers to witness.

On The Bachelor: After the Final Rose, Matt explained to Rachael why they can’t be together. He expressed his hurt in discovering her social media past, and the “most disappointing thing” was having to explain to her why what she shared was “problematic.”

Matt told Rachael they can’t be together, because her learning and growing from this is a journey she must do without him.

“When I question our relationship, it was on the context of you not fully understanding my Blackness and what it means to be a Black man in America and what it would mean for our kids when I saw those things that were floating around the internet,” he expressed.

“It broke my heart because this is the last conversation I thought we’d be having,” the lead continued. “I knew that I had to take a step back from you to put in that work that you outlined that you needed to do. That’s something you gotta do on your own. And that’s why we can’t be in a relationship.”

Matt wasn’t the only one who confronted Rachael about her photos that emerged. But the other conversation? It didn’t air during The Bachelor: After the Final Rose.

Rachael Kirkconnell and Michelle Young spoke in an unaired segment

Acho explained in a video on his Twitter account that he “reached out to producers” through his in-ear microphone. The host said that after his conversation with Matt, he (correctly) thought there wouldn’t be a reconciliation between Matt and Rachael.

“What kind of reconciliation could we see,” Acho thought. He then realized that Rachael apologized to the world, but not to the Black contestants she lived with that were impacted by her actions. Acho sensed that Michelle was “broken” over reaching out to Rachael but never hearing back from her.

The host asked Rachael if she would be willing to talk to Michelle. She agreed, and the two had a heart-to-heart conversation.