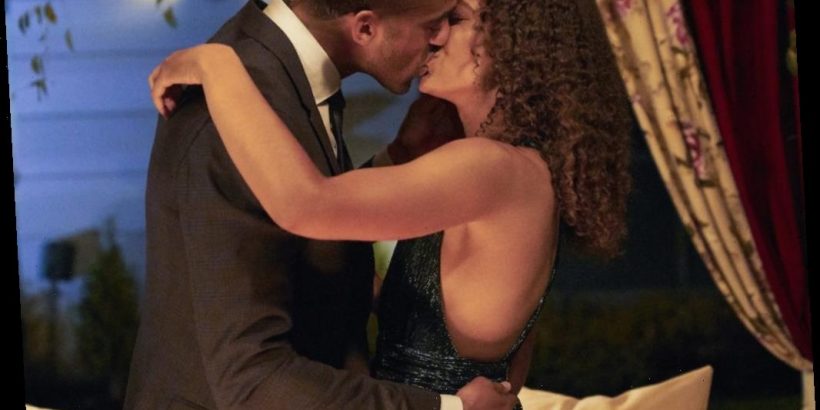 As the lead of The Bachelor, part of Matt James‘ journey includes kissing a lot of women. Since he’s kissing on national television, that means many people are watching him do it, and of course, have a say in his technique. Since the first episode of James’ season, fans have noticed that James has the tendency to kiss with his eyes open, as opposed to many who close their eyes while kissing.

Read on to see how James responded to the fans’ critique of his kissing style.

Viewers noticed that Matt James kisses with his eyes open

Because this is the first time James has been on national television and The Bachelor franchise, it is also the first time fans are noticing how he kisses. However, people have to remember James is not in a normal dating environment — he’s being filmed the entire time he’s pursuing love.

Fans started pointing out that James kisses with his eyes open, and the viewers sure had snarky comments to say about the new show lead’s technique.

What fans had to say about Matt James’ kissing technique

Fans have not been holding back from commenting on James kissing with his eyes open.

“We need to talk about Matt [James’] wide-eyed zombie kisses,” writer Elena Nicolaou wrote on Twitter. “It’s like walking by a row of fish at an open air market.”

Another fan weighed in: “My whole life cringes every time I have to watch Matt James kiss a girl with his eyes open.”

“Shoutout to the person that reminded me that Matt James keeps his eyes open when he kisses because I’m scared and cannot unsee it,” one fan remarked.

One viewer commented that James will probably adjust his kissing technique in the future after watching this season: “If Matt James gained one thing from this experience, it’s that he will never kiss with his eyes open again.”

James took the fans’ comments with stride, though. He shared an up-close selfie of himself on Jan. 18 ahead of The Bachelor‘s episode that evening, captioning it: “Literally any kiss [point of view],” with a slew of laughing-crying emojis and a shrug.

Furthermore, James’ best friend and former contestant Tyler Cameron also made a snarky statement about James kissing with his eyes open — he asked James what was going on while quote-tweeting a picture of James caught in the very act.

James replied: “Gotta make sure no one sneaking up on us! When your eyes are closed… anything can happen! It’s for both of our protection.”

The lead was probably nervous during filming since this whole experience is a first for him as well. And he joined in on the fun, which was a hilarious way to comment on the strange situation.