As 2020 winds down and the holidays near, the TV landscape is filled with season finales, fall finales and lots of reruns — but there’s still The Bachelorette! The ABC reality dating competition aired the first of two parts for its Season 16 finale delivering a 1.2 in the adults 18-49 demographic and 4.93 million viewers. The Bachelorette climbed two-tenths in the demo from last week’s episode to top a quiet Monday night. ABC ended the night with a repeat of the CMA Country Christmas special.

Fox’s penultimate episode of NeXt before Tuesday’s two-part series finale held steady since its last fresh episode with a 0.2 in the demo matching its series low while netting 1.19 million viewers. Cosmos also held steady in the demo with a 0.2 and added more eyes to its audience with 913,000.

Among reruns of The Neighborhood, Bob Hearts Abishola and Bull CBS aired the Kid of the Year (0.2, 1.40M) special which put the spotlight on Time’s first-ever “Kid of the Year” Gitanjali Rao.

Elsewhere, NBC served an encore of The Grinch Musical and a repeat of Weakest Link. The CW aired encores of holiday fare including Grandma Got Run Over by a Reindeer and Greatest Holiday Commercials. 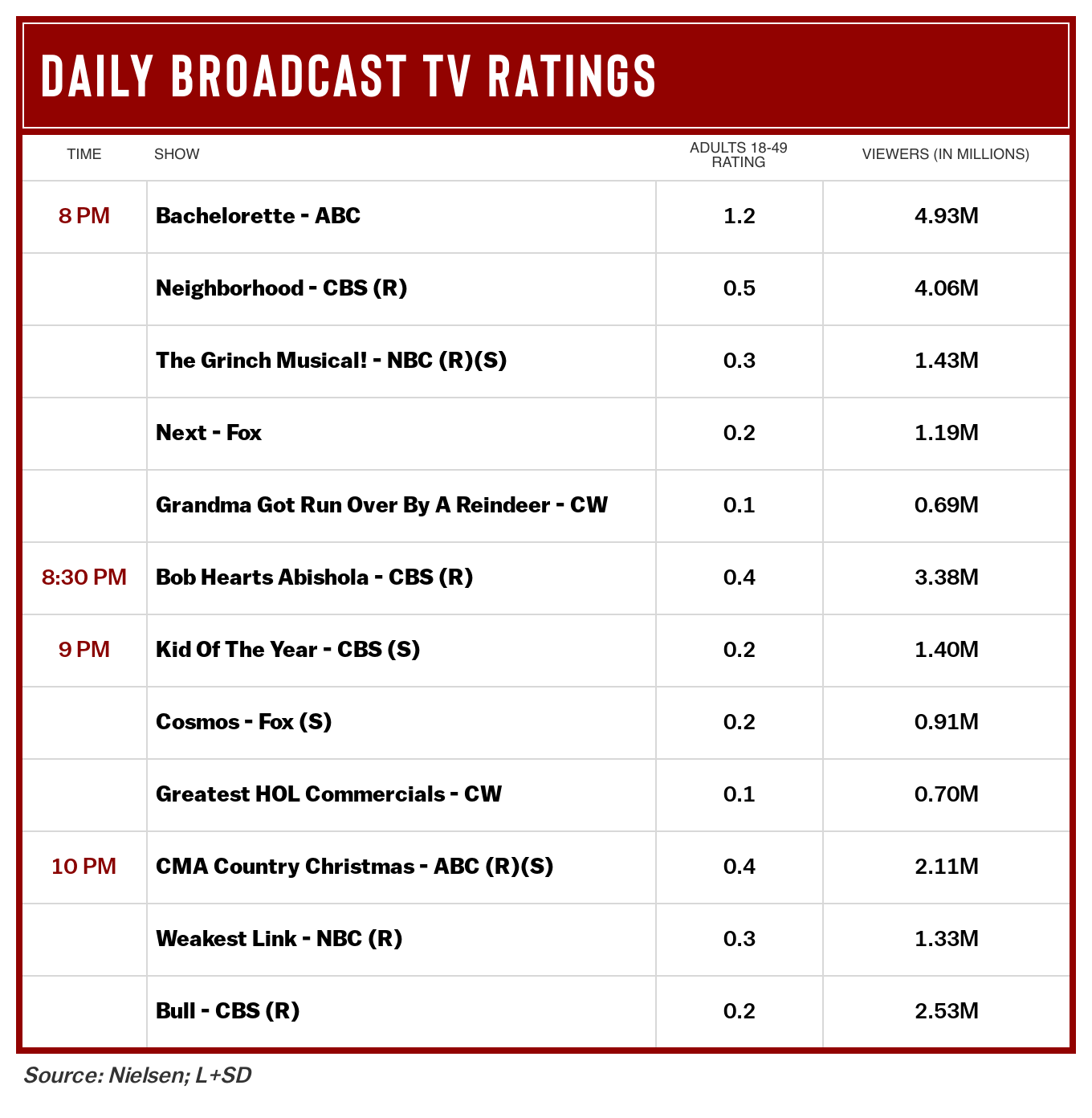