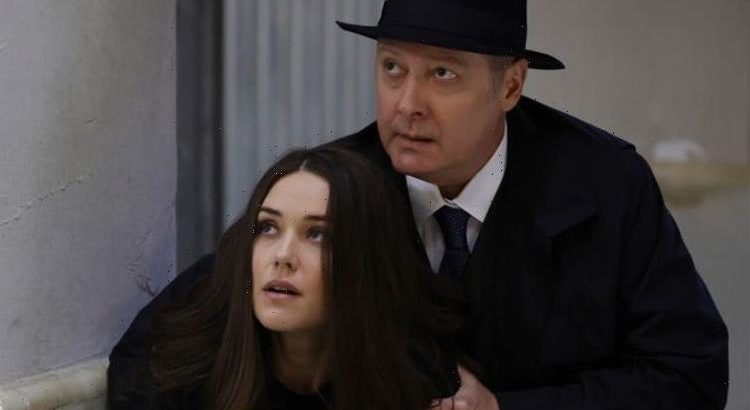 The Blacklist’s Raymond Reddington (played by James Spader) has been torturing protagonist Elizabeth Keen (Megan Boone), as well as audiences, about his real identity for eight years as the pair’s true connection remains a mystery. While the unknown plotline still continues, some fans are convinced they’ve figured out the criminal’s real identity, which could lead to a bombshell revelation in the forthcoming season nine on NBC.

In The Blacklist’s season eight penultimate episode, titled Nachalo, fans were hoping that they, and Liz, would finally receive answers about Red’s identity.

However, the mystery continues after the season finale failed to provide any real answers.

The NBC show had previously revealed that Red was not who he said he was, and fans finally got the confirmation a few seasons ago that this was, in fact, true.

Viewers have long believed that Red is closely related to Liz, and was possibly her father as the master criminal will do anything to protect and save her life, though this was later revealed to be false.

After more theories about the character’s identity emerged, fans now believe they know what is in store for Red in season nine.

One fan took to Reddit to theorise: “Maybe Red is a split personality that emerged in Katarina at some point.

“Maybe her brain created the ‘Red’ personality amid the trauma, upon the death of RRR [real Red Reddington].”

They continued: “Maybe Red became the dominant personality and ‘killed the Katarina personality by transitioning to male.

“Maybe Red and Katarina are different people, even though they’re physically the same person,” the fan concluded.

This theory emerged after it was later discovered that Red was lying and he is not Ilya at all.

The speculation didn’t stop and dedicated viewers now believe that Red is really Katarina Rostova (Lotte Verbeek and Laila Robins), the biological mother of Liz and a Russian spy from Red’s past.

In Nachalo, Liz takes a trip down memory lane as Red takes her to Latvia and spills some long-held secrets – dropping the bombshell that Katarina is not her real mother after all.

Fans think that Spader’s character presumably went under the knife decades ago to assume the identity of Red in order to protect Liz.

So could Red have a split personality, and will this bombshell be dropped in the upcoming season?

If so, fans of The Blacklist are in for a major revelation that could change how viewers perceive the relationship between Red and Liz.

Another fan on Reddit partially agreed, replying: “Personally, I view Red’s personality as a mixture of an assumed identity [real Red Reddington], tics drawn from a close friend (Ilya), and Red’s own personality traits (repressed while living as Katarina).”

They claimed: “It’s very common for someone who is trans to have their personality ‘change’ after transitioning.”

It was later revealed that Katarina was originally an operative named Tatiana Petrova who was assigned to pose as Katarina Rostova.

In a vision, Liz overhears a young Katarina say that she could “never do that” in regards to abandoning Liz, and the real Katarina instead created a new version of Red to protect her.

Whether or not Red is really Katarina, it is clear that the relationship between him and Liz won’t be the same going forward in season nine.