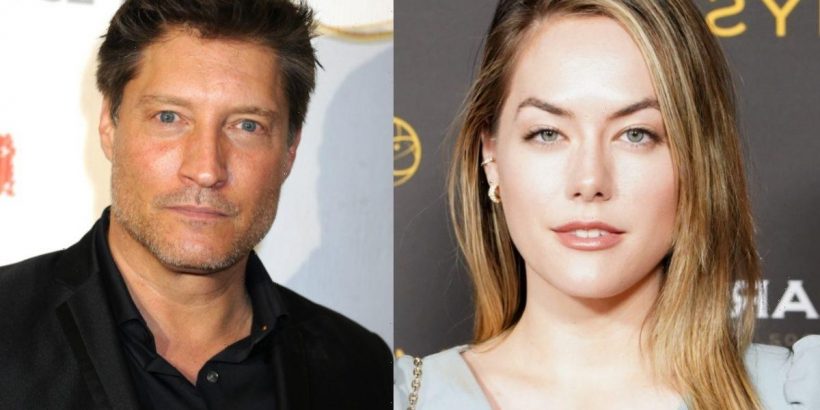 This week’s The Bold and the Beautiful odds & ends take a bit of a serious turn. Annika Noelle, who plays hope, has made a heartbreaking confession to her fans. Plus, Sean Kanan teases the possibility of another reunion.

[CONTENT WARNING: The following story addresses pregnancy loss, otherwise known as miscarriages. This story may contain material that some readers may find triggering.]

“And all the while, I was filming,” she wrote.

“Anyone who follows me on social media can tell you I’m a deeply private person,” she wrote. “But if there is one thing I’ve gained from my loss, it is a voice I’m no longer afraid to use. Especially at a time when women can be criminally charged for pregnancy loss, are losing autonomy over their own body, and the United States ranks last overall among industrialized countries in maternal mortality, our voices need to be heard.”

‘Sending you all my love.’

Needless to say, Noelle sharing her story resulted in an outpouring of support on her social media pages. Fans of The Bold and the Beautiful took to her Instagram to share their heartbreaking stories of pregnancy loss, too. And many more thanked her for sharing her story so openly and honestly.

“While I am unable to reply to each and every message, please know that I have read them all and they have touched the bottom of my heart,” she wrote. “This is not a club we asked to be a part of, but I have felt so nurtured and supported by everyone’s voice and strength. Sending you all my love.”

In an exclusive interview with SoapHub, The Bold and the Beautiful star Sean Kanan said that his character may be reunited with his son soon.

“I would love to explore the possibility of having Deacon’s son, Little D. come on the canvas,” Sean Kanan tells Soap Hub, noting that The Bold and the Beautiful character “wouldn’t be so little anymore. He’s older than Hope,” the outlet reports.

While it’s unclear how long Kanan will be on The Bold and the Beautiful, what is clear is that Kanan is definitely bringing the drama.