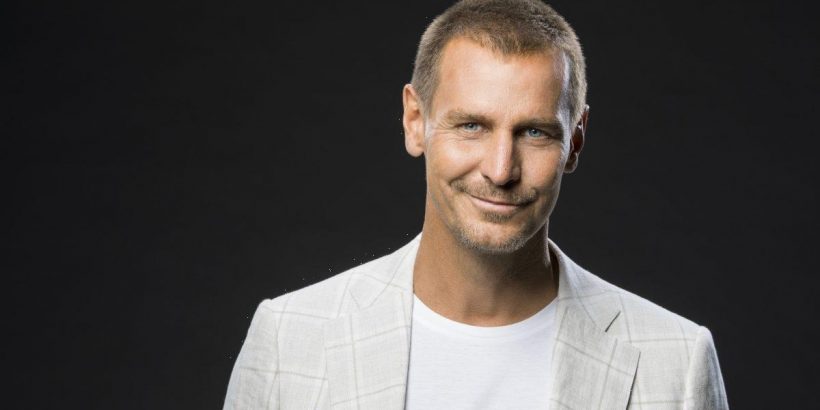 Thorne Forrester (Ingo Rademacher) is a central character in The Bold and the Beautiful. The character’s been featured on and off regularly since 1987. Rademacher was the last actor to play Thorne, with his final appearance coming in 2019. With the actor leaving General Hospital, speculation is he may be returning to the CBS soap opera.

Rademacher is best known to soap fans as General Hospital’s Jax Jacks, a role he’s played on and off for 25 years. Recently, Rademacher was fired from the ABC soap opera. The reason for Rademacher’s exit was reportedly due to the show’s vaccine mandate and his transphobic comments on social media.

With Rademacher officially out, the question is what’s not for the controversial actor. Speculation is he may be jumping ship back to CBS to reprise his role as Thorne on The Bold and the Beautiful.

Ingo Rademacher was on the CBS soap opera for a year

Rademacher joined The Bold and the Beautiful as Thorne in November 2017. Eric and Stephanie Forrester’s (John McCook and Susan Flannery) youngest son returns to Los Angeles after working in Paris. Upon his return, it appears Thorne may start a feud with his brother Ridge Forrester (Thorsten Kaye) over Brooke Logan (Katherine Kelly Lang).

However, Thorne catches the eye of Brooke’s younger sister Katie Logan (Heather Tom). Thorne and Katie wed, but her ex-husband Bill Spencer (Don Diamont) causes problems. Thorne supports Katie in her custody battle with Bill over Will Spencer (Finnegan George). He also becomes involved in Ridge and Bill’s heated feud, and during a scuffle between the three men, Bill falls off a balcony.

Following Bill’s accident, he and Katie make peace. Yet, her and Thorne’s marriage ends. Thorne decides to file annulment papers. He tells Katie the reason is that he’s not over his wife Darla Einstein’s (Schae Harrison) death.

Shortly afterward, Rademacher left The Bold and the Beautiful. According to Soaps.com, Rademacher chose not to renew his contract. His final appearance aired in February 2019.

This year, The Bold and the Beautiful has already seen several surprising returns with Sheila Carter (Kimberlin Brown) and Deacon Sharpe (Sean Kanan). Thorne is a character that’s beloved by fans and many would love for him to come back. So what could fans expect with Thorne’s return?

Throughout the years, his sibling rivalry with Ridge has been a massive storyline, with many fans supporting Thorne. Thorne’s return opens up the opportunity for the brothers to reignite their feud as they disagree over family and business issues.

As for Thorne’s personal life, there are plenty of available women for him to date. Taylor Hayes (Krista Allen) is coming back, and she and Thorne could rekindle their relationship. Also, there’s Donna Logan (Jennifer Gareis).

Thorne and Donna were once engaged, but their relationship ended when he learned she was using him to get back at Stephanie. With Donna single, she and Thorne could start fresh, this time with no manipulation.