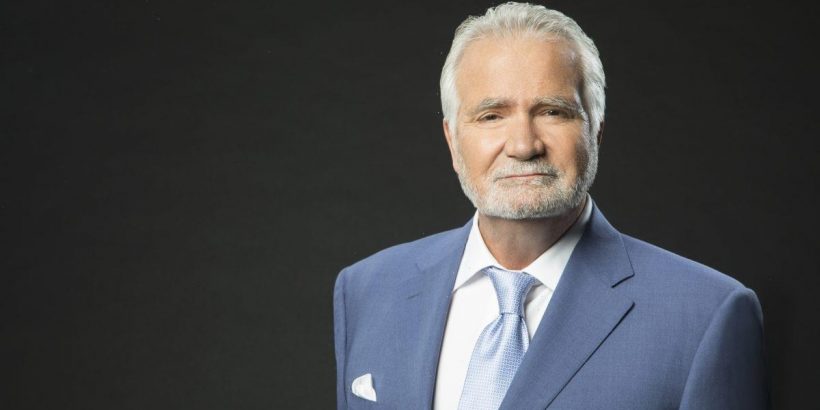 In 1987, the CBS Network added The Bold and the Beautiful to their daytime lineup. The soap opera follows the lives of the Forrester family as they run their Los Angeles fashion empire. Eric Forrester (John McCook) plays the family patriarch who deals with drama at work and home. Eric is McCook’s most famous role; however, before the show’s premiere, McCook had to dye his hair. Read on to find out why.

When William J. Bell was casting for The Bold and the Beautiful he didn’t have to look far to find the perfect actor for Eric. McCook previously worked on Bell’s other soap opera, The Young and the Restless, from 1975 to 1980. The actor jumped at the chance when offered the role of the Forrester patriarch.

McCook was 42 years old, seven years older than actor Ronn Moss, who played his son, Ridge. Since Eric is the father of four grown children, The Bold and the Beautiful producers wanted his appearance to fit the part. According to IMDB.com, McCook dyed his hair gray to look older.

John McCook is one of the original cast member left

The Bold and the Beautiful had undergone lots of casting changes throughout 34 years. Original cast members Moss and Susan Flannery departed the soap opera in 2012. McCook and his co-star Katherine Kelly Lang are the only original actors left.

Although many veteran soap stars take a backseat to the younger actors, McCook remains an important part of the show. In a 2010 interview with SoapCentral, he reflected on his work with The Bold and the Beautiful. “This is a great job. It has offered me financial security and the chance to act year after year. I know this job will be here.” As for if he has any plans to retire, McCook said, “I want to be like Mac Carey on DAYS, working to the end.”

Eric Forrester’s storylines throughout the years

The Forrester patriarch has been front and center in many major storylines through the decades. His troubled marriage to Stephanie Forrester (Flannery) was one of the key plots. Aside from Stephanie, he was also married to Brooke Logan (Lang) and Donna Logan (Jennifer Gareis). When Eric wasn’t dealing with his romantic problems, he was busy running Forrester Creations and designing his latest collection.

Eric’s been in a controversial story in recent months on The Bold and the Beautiful. The once virile fashion designer lost his stamina in the bedroom. Since Eric could not please his wife, Quinn Fuller (Rena Sofer), he asked Carter Walton (Lawrence Saint-Victor) to step in. Although McCook’s received more airtime, the storyline’s been criticized by fans.

It appears the story is coming to an end with Quinn choosing Eric over Carter. However, more drama is looming when Donna makes a play for her Honey Bear. So Eric will once again find himself torn between two women and maybe get his vigor back.