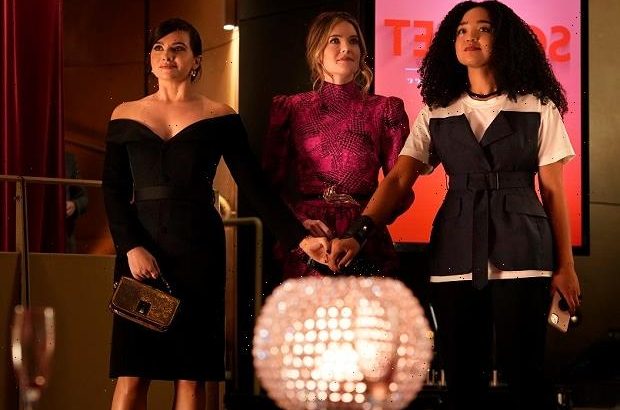 Old flames are burning hot in a newly released trailer for The Bold Type‘s fifth and final season.

As TVLine exclusively reported, Sam Page will be back for the show’s abbreviated six-episode swan song, and it looks like his character Richard and his estranged wife Sutton definitely are not done, despite the fact that their marriage fell apart last season when they disagreed on the subject of kids. In the above video, Sutton admits to her BFFs Kat and Jane that getting over her ex “is going to be a process”… one that possibly involves hooking up with him again?!

Elsewhere, Kat is getting, um, reacquainted with her ex-girlfriend Adena, while Jane is trying to fight off her attraction to her employee Scott. Plus, Sutton, Kat and Jane are finally roomies!

In the Season 5 premiere, airing Wednesday, May 26 at 10/9c on Freeform, “Jane races to finish a high-risk exposé that could have repercussions for Jacqueline,” per the official synopsis. “Sutton has a chance to shine at a Scarlet retreat if she can regain her focus. And Kat wants to stay true to herself while making a big decision.”

Press PLAY above to watch the trailer, then hit the comments with your hopes for the last episodes!