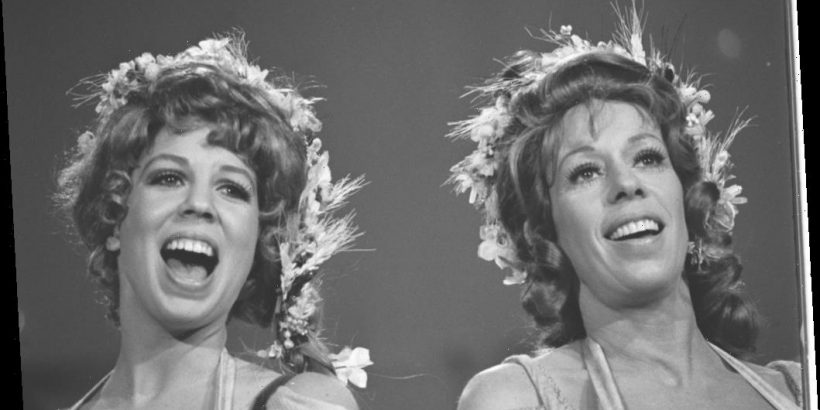 When comedy legend Carol Burnett was casting her now-classic The Carol Burnett Show in 1967, she never dreamed it would endure for the 11 seasons it did.

The show’s executives, however, weren’t sold on Lawrence. Burnett insisted she be given a solid chance and, as fans know, the star’s risk paid off.

Burnett got physical with Korman to get him on the show

In a 2003 conversation with the Archive of American Television, Burnett explained that Korman was her first choice for the show’s ensemble.

“I’d seen Harvey Korman as Danny Kaye’s second banana,” she said. “And I said to [her husband at the time, Joe Hamilton], ‘We’ve got to get a Harvey Korman.’ And Danny’s show was going off the air and we were going on the following season.”

Burnett described her zeal to have Korman say yes to joining her show and how she nearly injured him in her excitement.

“I ran into Harvey at the parking lot at CBS,” she said. “I all but threw him across the fender or something, a hood of a car. I said, ‘You’ve gotta be on our show! You’ve just gotta be on!’ That’s how we got Harvey,” she said laughing. “He couldn’t say no or I would’ve broken his neck.”

Lawrence was a dead ringer for a younger Burnett

Vicki Lawrence was hired on The Carol Burnett Show after she had written the funnywoman a fan letter. Burnett was struck by how much the younger woman looked like her, as she explained in her 2010 memoir This Time Together: Laughter and Reflection.

“I noticed an envelope that had been forwarded to me from CBS. It was about two or three weeks old,” Burnett wrote. “The letter was from a 17-year-old high school senior, asking for advice on how to get into show business. She said everyone told her she reminded them of me.”

Burnett couldn’t agree more with Lawrence’s friends upon seeing a photograph the teenager had enclosed of herself. A seed was planted in her mind of how perfect the young performer would be for a particular sketch on the variety show.

“The accompanying photograph amazed me,” Burnett continued. “This girl looked more like me at age 17 than I did! Coincidentally, [the show] had been toying with an idea of a recurring sketch in our show featuring a wife, a husband, and her kid sister. I couldn’t help thinking that because of the resemblance, this girl could be a likely candidate for the kid sister role.”

The risk Burnett took on Lawrence

Incredibly, Burnett offered Lawrence, only 18, a place on her variety show after conducting screen tests.

“In the middle of casting our rep players, we were still up in the air about the ‘kid sister,’ Burnett wrote. “We got in touch with Vicki and another young actress recommended by CBS, and decided to do a screen test. We wrote a sketch and taped it twice, once with Vicki and once with the other actress.”

As sold as Burnett was on Lawrence, CBS’ higher ups weren’t fully on board with hiring such a novice.

Burnett recalled, “Perry Lafferty, a CBS executive, was a little worried about Vicki’s being so wet behind the ears: ‘She’s rough.’ Our reply was, ‘So are diamonds, at first.’ She was hired.”