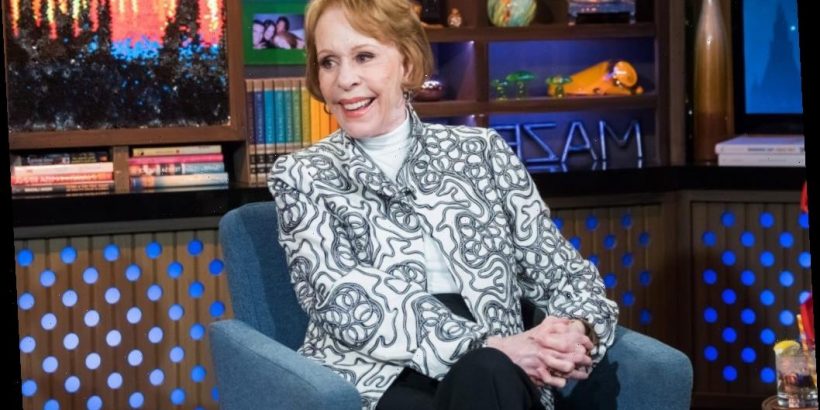 A big movie buff, Burnett loved doing spoofs of classic films. Yet one particular parody didn’t get rave reviews from the film’s star.

Burnett has openly shared her love of the cinema, where at one point her dad managed a small theater. Growing up watching Hollywood icons including Jimmy Stewart, Judy Garland, and Humphrey Bogart, Burnett couldn’t wait to perform her own version of their classic films when The Carol Burnett Show premiered in 1967.

“Little did I dream that one day I’d have my own show and REALLY get to ‘act out’ and lovingly satirize these films,” Burnett wrote in her 2016 memoir In Such Good Company: Eleven Years of Laughter, Mayhem, and Fun in the Sandbox, “complete with gorgeous costumes, sets, and a 28-piece orchestra, on television!”

In the 50s and 60s, superstars Doris Day and Rock Hudson teamed up for several romantic comedies. The fluff films showcased the chemistry and humor of Day and Hudson, while keeping content perfectly chaste. Burnett thought their movies were ideal to spoof.

“Another sketch that was fun to do was our takeoff on the Doris Day/Rock Hudsom movies of the late 50s and early 60s, such as Pillow Talk, produced by Ross Hunter,” Burnett explained. “This particular sketch was a spoof on the genre, not the specific movie. We called our version Pillow Squawk!“

Keeping with the classic movie’s setting and tone, Burnett assigned one of her co-stars as the leading man. She played his love interest.

“I was the perennial blond freckle-faced, squeaky-clean, virginal-type character that Doris played in these films,” the famous redhead recalled. “Lyle was the handsome playboy bachelor and ladies’ man (à la Rock Hudson).”

Burnett and Waggoner had a ball exaggerating their roles, making their scenes as campy as possible. After the performance, the variety show star revealed that she got positive feedback from Hudson, but not from Day.

Carol Burnett will always be a fan of Doris Day

Upon reflection, Burnett was able to see why Day may have been put off by their interpretation of Pillow Talk.

“In watching it after all these years, I can understand why she didn’t like it,” Burnett admitted. “I was pretty much over the top in my portrayal of her goody-two-shoes persona. But again, we were really spoofing the typical romantic comedies she made with Rock Hudson (as well as Cary Grant and others).”

The comedy icon expressed her adoration and respect for Day, clearly recognizing her status as an unparalleled actor.

“I loved all her movies,” Burnett said of Day. “My particular favorite was Love Me or Leave Me, the Ruth Etting story, which she made with James Cagney in 1955. It was a highly dramatic role, and I always thought she should have been nominated for an Academy Award for that performance.”