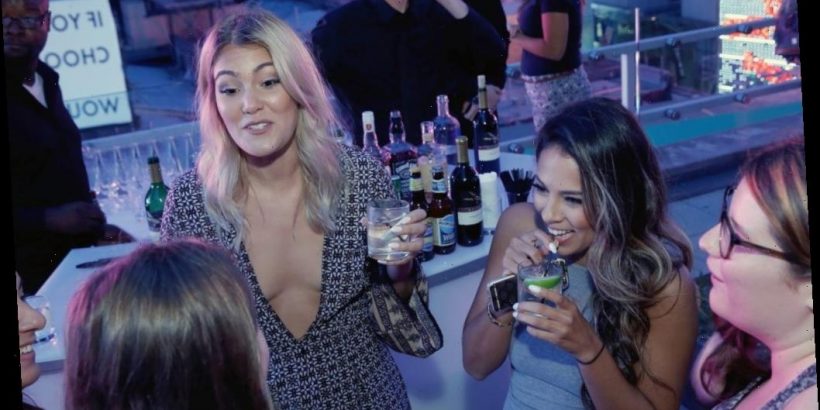 Fans of MTV’s The Challenge love Tori Deal, and many adored the relationship she had with Jordan Wiseley. The competitors got engaged on the show, but they later broke off their relationship. Rumors of Tori dating fellow competitor Fessy Shafaat followed — and Tori’s now setting the record straight on what’s going on with her and Fessy.

Tori and Jordan seemingly made the perfect duo on MTV’s The Challenge. When they first met on Dirty 30, Tori had a boyfriend — but she made it to the final with Jordan by her side. She later noted she knew she was in love with Jordan as they flew out to the final together. Tori and her boyfriend at the time later broke up, of course, as she pursued a relationship with Jordan.

The happy couple got engaged on The Challenge, too. After Jordan won his elimination round on War of the Worlds II, he got down on one knee and proposed to Tori in front of their fellow competitors. Sadly, their engagement wasn’t destined for marriage. Tori announced their breakup on Instagram on Nov. 27, 2020.

“I thought I knew love when Jordan and I were together, but there is a different kind of love that two people feel when they decide it’s time to experience life apart,” she wrote. “Even though Jordan and I are going to be moving forward in separate ways, our love, support, and connection with one another only grows stronger and deeper.”

Is Tori Deal single? She sets the record straight on Fessy Shafaat

Fans had plenty of theories when they saw photos of Tori hanging out with MTV’s The Challenge player Fessy. The photos showed Tori and Fessy out after Double Agents ended vacationing together in Turks and Caicos. Additionally, Fessy talked about how he had a crush on Tori while filming Double Agents. This led fans to assume something more was going on.

It looks like Tori is dispelling the rumors once and for all, though. She co-hosts MTV’s Official Challenge Podcast with Aneesa Ferreira, and she discussed what everyone’s talking about.

“I’m not trying to deal with any more rumors — it is what it is,” Tori announced. She then explained that the week she was eliminated from Double Agents was the same week she and Jordan broke off their engagement. “It had nothing to do with anybody on that show,” she added.

“Fessy and I definitely linked up for a second to see what was good,” Tori verified, “but the truth is that Fessy and I found out we are definitely better as friends. … We’re just homies, and that’s it, so I’m just going to say that right now.”

Does Tori win MTV’s ‘The Challenge’?

For those keeping up with MTV’s The Challenge: Double Agents, Tori doesn’t make it to the end. And it’s her friend, Aneesa, who ends up beating her in an elimination round. While Tori is upset to get out of the game so early, she noted to People that it “felt nice” not to compete with Jordan by her side this go-round.

“It’s one of those interesting things when you take so much time apart from somebody, now you’re not in their face and you don’t have to think about what’s wrong in front of them and then fight about it,” she explained to People. “You can really sit and reflect on it when you’re away, and both he and I needed that.”

While Tori didn’t make it to the end of season 36, she’s a fierce competitor — and she’s left plenty of clues she’s down for future seasons. We’re looking forward to seeing her again soon.