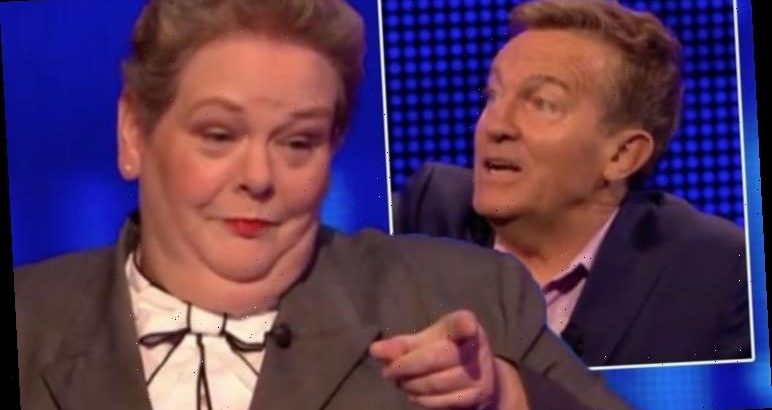 As has become a tradition on ITV’s The Chase, Bradley Walsh is no stranger to dishing out one or two cheeky jibes the Chasers’ ways at the start of the show when reeling off which quizmaster will be taking on the team. On Thursday, it was contestant David who was first up to take on the Chaser as fellow players Alison, Xander and Reshma waited in tow to see which quizmaster would emerge. Anne Hegerty was the one tasked with trying to stop today’s team from walking home with some cash – but not before a stern word with Bradley following her introduction.

Before Anne made her way out to take on the team, Bradley was left impressed with David’s £8,000 cash-builder.

Predicting a close head-to-head, Bradley began to reel off each of the possible Chasers David and the team may face.

Starting with Paul ‘The Sinnerman’ Sinha, Bradley began his putdowns: “Will it be The Sinnerman? So annoying, if he was Henry VIII, Anne Boleyn would’ve cut her own head off.”

David let out a laugh but the ITV quiz show host wasn’t done there. 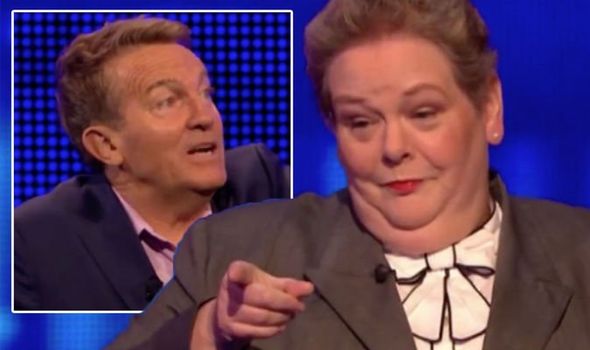 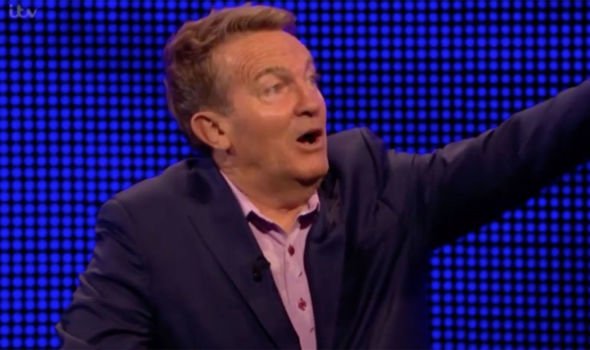 “Is it Darragh ‘The Menace’ [Ennis]?” Bradley began as he took aim at the show’s newest Chaser.

He added: “He studies brain cells, he’s worked out why mine are so lonely. I don’t get that.”

Mark ‘The Beast’ Labbett was next in the firing line: “Could it be The Beast? He likes a snooze after his supper, he is Chip Van Winkle.”

The giggles kept on coming as Jenny ‘The Vixen’ Ryan soon popped up on-screen. 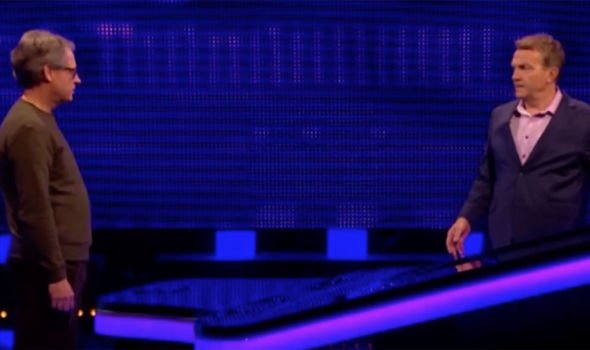 Shaun ‘The Dark Destroyer’ Wallace was the penultimate Chaser to be on the receiving end of one of Bradley’s jokes.

The Chase frontman continued: “Perhaps we’re taking on The Dark Destroyer? I found more hair in my bowl of soup. Yuck.”

Finally, it came to Anne and Bradley didn’t hold back as he took aim at the former I’m A Celebrity…Get Me Out of Here! star’s appearance.

“Or is it The Governess? Movie star looks,” Bradley began, teeing himself up for the joke. “Have you seen Godzilla?”

As the ITV studio let out a laugh, Bradley commented: “If it’s Anne, I’m in trouble.”

Lo and behold, it was indeed Anne who came out to face David, and Bradley soon found himself backtracking.

“I’ve got to say, your highness, I – I -“ Bradley stuttered before Anne comically shut him down altogether: “You’re dead!”

The pair managed to laugh off the insults and Anne got to work trying to stop the team pocketing thousands of pounds.

And she did just that as David made it back to the Final Chase with only Alison by his side.

But Anne was in fine form and caught the team with 27 seconds remaining.

The Chase continues weekdays at 5pm on ITV.