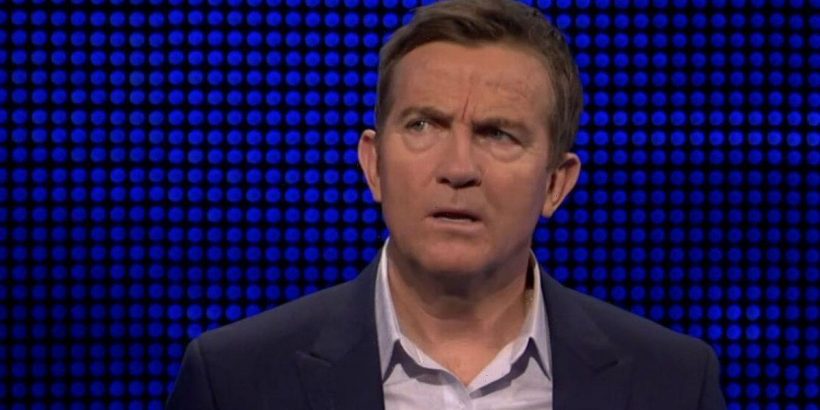 The Chase fans were left baffled on Monday evening after contestant Rob from Carlisle took part in the hit ITV show.

The quiz ace was hoping to win a share of the prize pot but no sooner had he taken his seat on the panel were viewers likening him to TV legal ace Judge Rinder.

Thanks to his facial features and his short blonde hair, Rob did have a remarkable resemblance to Susanna Reid's BFF.

Taking to Twitter, one fan wrote: "Rob reminds me of a cross between Robert Rinder and Les Dennis #TheChase."

They signed off the post with a trio of laughing crying emojis.

Another viewer added: "This bloke reminds me of an older Judge Rinder. #thechase."

A third chimed in: "Is it me or does Rob look like another version of Judge Rinder #TheChase."

Sadly for Rob, he was unable to beat Chaser of the day Paul Sinha.

The Sinnerman was able to catch Rob when he was just one place away from making it home.

The hopeful was playing to add a bumper £4,000 into the prize pot.

After being caught it was up to Kelly to add more money to the prize pot.

Luckily, she was able to outplay The Chaser and added her own £4,000 to the money.

The move meant that she was the first contestant to make it back.

The final player of the episode was assistant curtain maker Lucy.

Explaining how she makes new curtain rails for theatres, she told host Bradley Walsh: "We have to make them onsite often. We are very busy."

Explaining what she would do if she won the money, Lucy said: "I like to ride a motorbike and I also like to play video games.

"If I was to win the money I would like to get some sexy motorbike leathers with a bit of red on it."