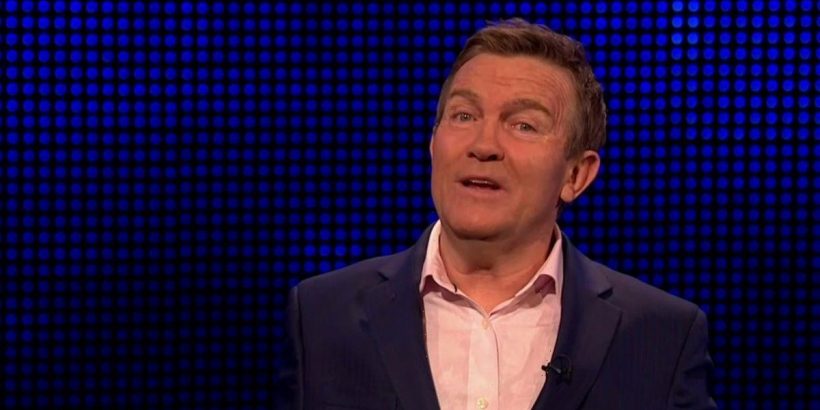 The Chase host Bradley Walsh has seen hundreds of contestants face the Chaser over the years, with varying degrees of general knowledge between them.

As a result, Bradley has spotted every tactic in the book – and one common habit never fails to baffle him on the show.

The legendary host admitted he can never understand why so many contestants pick the middle option when in doubt, as it rarely works out for them.

When player Lynn admitted she didn't know the answer to a question, she resolved to pick the middle one in the hopes of a spot of good fortune.

Bradley reacted in amazement, and asked: "Why do players come on the show and say, 'if you don't know the answer just go down the middle?'"

The former Corrie star has hosted The Chase since its 2009 inception, with 14 spectacular seasons to date and over 900 episodes.

Bradley made it clear he has seen every trick in the book, as he bemoaned the awkward 'middle option' tactic on the show.

"It has no bearing on the answer whatsoever," he added, venting over the questionable quiz move.

The tricky question read: "What does the ‘W' in George W Bush stand for?"

Three answers were listed below – Walker, Wilson and Wallace, with Lynn plumping for Wilson.

Unfortunately, the tactic proved unsuccessful, as Walker was revealed to be the correct answer – bringing Lynn one step closer to getting sent home.

Watching from home, Northern viewers were rooting for Lynn, after she revealed she'd spent her life living in Yorkshire.

"Come on Lynn do it for Yorkshire!" exclaimed one on Twitter, and another agreed: "Lynn don't let Yorkshire down."

Unfortunately, Lynn – who plumped for the middle offer – struggled to match Chaser Darragh Ennis' strengths when it came to the second round.

After a valiant effort, Lynn was sent home empty-handed, leaving remaining contestants Nick, Franky and Deepak to battle the Chaser as a trio.

The Chase airs on weekdays at 5pm on ITV.