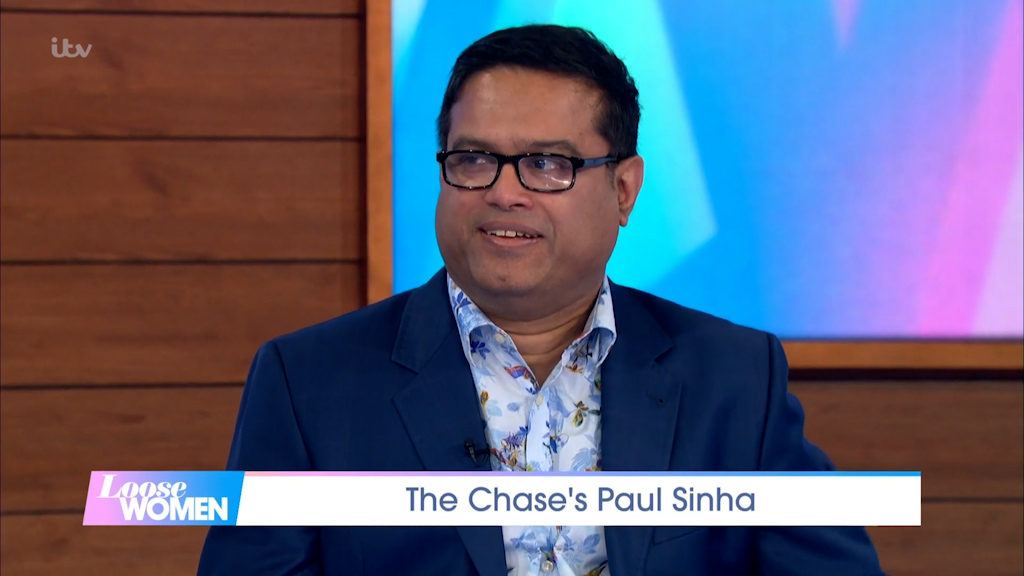 The Chase star Paul Sinha has provided an update on his health two years after his Parkinson’s diagnosis, saying he’s ‘fighting fit’.

In 2019, Paul – known as The Sinnerman on the ITV quiz show – found out he had the progressive neurological disease, the same year that he married his partner Oliver and was named the British Quiz Champion Of The Year.

Last year, he admitted that it was a ‘relief’ to receive the diagnosis, as he was able to ‘own’ it.

The quizzer made a recent appearance on Loose Women, where he spoke to the panel about how he’s faring and to raise awareness for Parkinson’s Awareness Week, which took place from Sunday April 10 to Saturday April 16 this year.

He admitted that he found that Covid-19 had become ‘more part of my life than Parkinson’s, because Parkinson’s is quite a slow process compared to a global pandemic’.

‘So I’ve had more worries with Covid than Parkinson’s because I’m not quite where I was two years ago for sure but I’m still fighting fit,’ the 51-year-old said.

Parkinson’s disease is a condition where parts of the brain become increasingly damaged over time, with the main symptoms being slow movement, inflexible muscles and tremors, the NHS outlines.

However, a patient who has the condition may experience a variety of other symptoms, such as insomnia, problems with their memory and depression.

During his appearance on Loose Women, Paul emphasised that the disease may present itself in different ways, stressing the need to avoid ‘sticking to the stereotypes’.

Explaining that he suffered from a frozen shoulder before his diagnosis, Paul added that it may not be a symptom that everyone who has Parkinson’s goes through, just because it was for him.

He also said that he developed a limp by the time he was informed that he had Parkinson’s, encouraging the people watching to ‘cherish life’ at the end of his interview.

It’s believed that around one in 500 people are affected by the condition, with men more likely to be diagnosed than women.

Parkinson’s UK says that around 145,000 people in the UK are living with Parkinson’s, describing it as ‘the fastest growing neurological condition in the world’.

While symptoms usually start to present themselves when people are over the age of 50, the MNHS states that approximately one in 20 people who have the disease may experience symptoms when they’re under the age of 40.