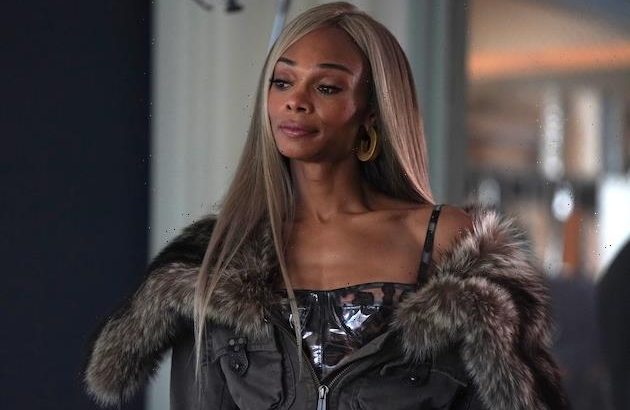 When The Chi returns for Season 5 in June, Trig won’t have his ride-or-die by his side.

Jasmine Davis, who plays stylish salon owner Imani, announced Thursday that she is no longer a part of the series. TVLine has confirmed the departure.

“Due to the many inquiries I’m officially announcing. I will not be in season 5 of @SHOTheChi and I will no longer be part of #thechi/#disneyproduction,” Davis tweeted. “Sending a BIG THANKS to all of my family and supporters/fans who have embraced me with along this journey. #selfworth.”

Davis, who is transgender and plays a transgender character on the show, seemed to imply that she was no longer willing to work on a series in which Disney is involved. The Chi is produced by 20th Television, which is part of Disney Television Studios.

Disney recently came under fire for taking a soft stance on some Florida state legislation that opponents have called the “Don’t Say Gay bill.” The measure, which Florida Gov. Ron DeSantis signed into law in late March, prohibits public school teachers from discussing sexual orientation or gender identity in the classroom.

Though Disney since has vowed to help repeal the legislation, the company’s initial reaction to the bill — as well as its financial support for some of the bill’s proponents — caused many of Disney’s LGBTQ staff to sign a letter asking CEO Bob Chapek and members of the company’s leadership to publicly condemn “anti LGBTQIA+ policies in the U.S.”

Season 4 found Imani having to deal with transphobia coming from Shaad (played by Jason Weaver), a friend of Trig’s who’d recently been released from prison and was staying in Trig and Imani’s home. By the end of the season, though, Shaad called Imani “family” and defended her against a man who made vulgar comments about her. (Read a finale post mortem here.)

Though Davis had encountered mixed responses to her character since she joined the show in Season 3, she told TVLine after the Season 4 finale that viewer sentiment had shifted a bit: “Actually, the love overshadows the hate by a hundred times. So even if there was hate this season? I didn’t notice it.”

Will you miss Imani this season on The Chi? Sound off in the comments!