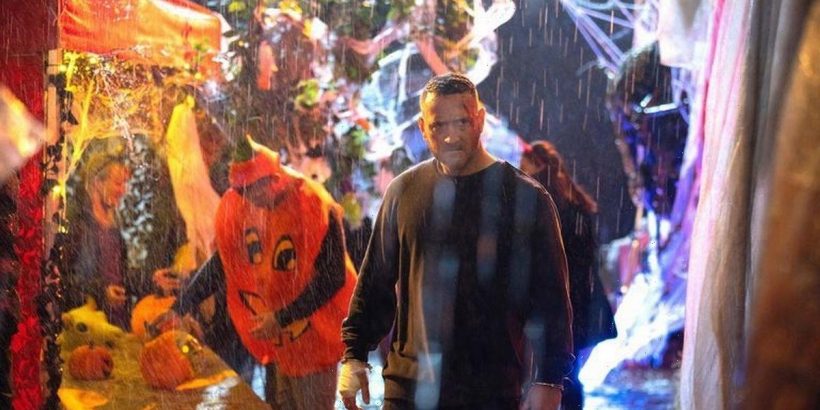 Coronation Street's super soap week will see a beloved character be killed off as devastation hits the cobbles.

Dubbed 'Horror-nation street', a nod to the name of the House of Horrors attraction that Debbie Webster sets up on the cobbles behind the street, there's more horror in store for the characters as the episodes unfold, including a sink hole, revenge and a storm.

Ahead of super soap week, Producer Iain McLeod said: “We set out to make a week of breathless, brilliant drama – and boy, have our outstanding cast, crew, design team and writers delivered!

"The week is jammed packed with twists and turns, and astonishing visual spectacle. It also has heart, heroism and humour in the most unexpected places."

With a week of drama in store, we look at the characters who could potentially die during the soap's climatic week of storylines.

He also confirmed to Daily Star that a fan favourite is being killed off, saying: "We have a big stunt planned that will centre around the sinkhole in the Platt family’s back garden. And that will result in a death.

Abi Franklin's son Seb was killed by Corey Brent in the soap earlier this year.

However Corey walked away free after a trial, which saw Kelly found guilty instead.

It has been revealed that during the super soap week episodes, Abi gets her hands on a gun, and is intent on getting her revenge on Corey for killing her son Seb.

However, during their dramatic showdown, both Corey and Abi become trapped in Victorian tunnels below the Coronation Street cobbles.

Throughout the episodes, a large storm hits Weatherfield and in the Victorian tunnels, the water begins to rise, putting Abi and Corey's lives in danger.

The question is, who will make it out of the tunnels, or will both characters die?

Dev, Asha and Aadi set off on a holiday during the super soap week episodes, but become lost on a country road due to the thunderstorm.

However, the prison van transporting Harvey Gaskell to hospital is on the same road, and photos have emerged of Dev's car in flames.

As Dev has to act quickly to save his children from the burning car, will he and his family survive?

Jenny is shocked during super soap week, when Jonny announces that he plans to leave Weatherfield.

Leaving her new boyfriend Leo in the Rovers Return, she chases after Jonny, but no-one has noticed that the sinkhole in the Platt's garden has begun to move.

As it opens up, Jenny falls in.

Jonny tries to save her, but will they both survive?

Criminal Harvey Gaskell, played by Will Mellor, is seen during the episodes being transported to hospital in a prison van after injuring himself.

However, he has another destination in mind as he makes a return to the cobbles to confront Leanne.

Harvey had previously tormented Leanne and her family, before he was sent to trial in the soap earlier this year.

Even from prison, he continued to torment Leanne, and his own aunty was attacked by one of his gang members, after she tried to warn Leanne that Harvey was still a threat to her.

During the super soap week episodes, Leanne comes face to face with Harvey in a dramatic showdown, but will Harvey get his revenge on Leanne? Or will Leanne take revenge on him?

Although not involved with any of the storylines directly, there has been speculation whether other characters in the soap could die during Coronation Street's climatic episodes.

With Harvey confronting Leanne after tormenting her family, could members of the Battersby family such as Toyah intervene and potentially become a victim?

Or could Abi's partner Kevin die trying to save her from the Victorian tunnels?