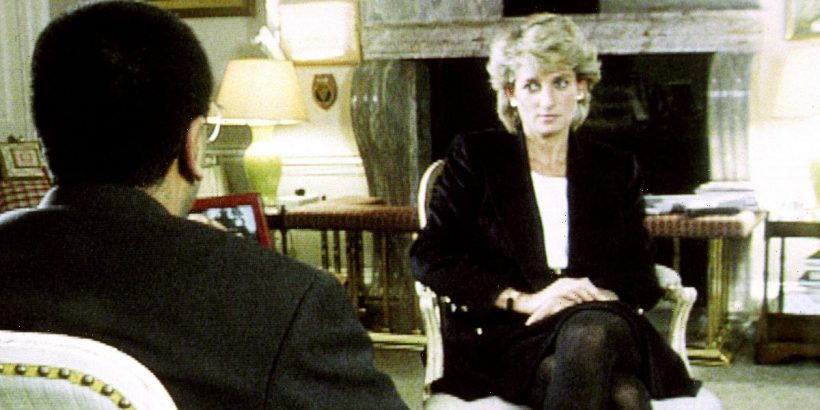 Bosses of Netflix’s The Crown have been slammed for including Princess Diana’s 1995 BBC Panorama interview after it was revealed a whole episode of the shows fifth season will focus on the controversial addition of the programme.

The upcoming series will begin in 1991 and see Diana’s divorce from the then Prince of Wales.

The interview attracted an estimated 100 million views across the globe in over 100 countries.

READ MORE: Prince William 'made clear' to Camilla 'she's not step-grandma to his children'

In the years since the Princess’ death, her sons, Prince William, and Prince Harry, have called out the BBC and interviewer Martin Bashir after it was found Bashir used “specific tactics” to gain the Princess’ trust.

Prince William has said that the interview “holds no legitimacy”.

“It effectively established a false narrative which, for over a quarter of a century, has been commercialised by the BBC and others.

Royal biographer Hugo Vickers also weighed-in on the debate. He said: "That they focus on the discredited Panorama interview with Diana contrary to the express wishes of Prince William, and when the BBC has promised never to show it again, is indicative of the depths to which they sink."

Ingrid Seward, Editor in Chief of Majesty Magazine also hit out at the streaming giant.

“This would be extremely upsetting and the only protection ­William has is not to watch it.”

As is tradition with the royal programme, which focuses on the life of the late Queen, the cast changes every two series.

Diana made her entrance in series three and was played by Emma Corrin opposite Josh O’Connor’s Prince Charles.

Both were nominated for an Emmy for their performances in season four, with O’Connor going to win his award for Lead Actor in a Drama Series.

In season five, Diana will be portrayed by Elizabeth Debicki.

King Charles will be played by actor Dominic West who is best known for his role as Jimmy McNulty in US drama series The Wire.

Martin Bashir is said to have deceived Diana and then lied to the BBC in order to obtain the infamous interview with the princess.