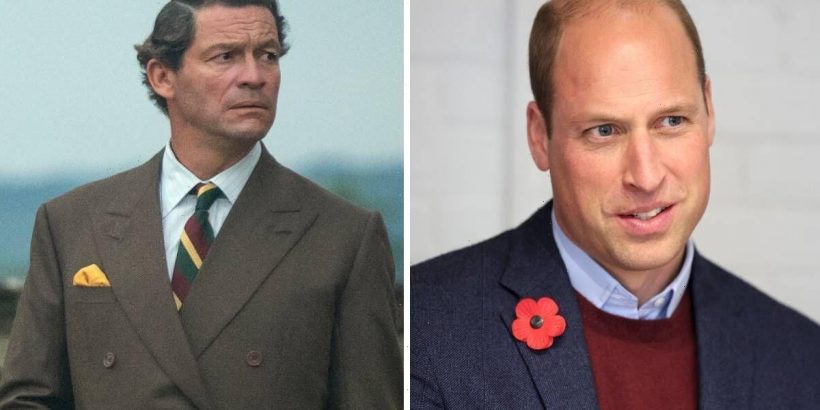 The Crown season five zooms in on another important period in the lives of the Royal Family. This time, it will depict what happened throughout the 1990s, including the lives of then-Prince Charles (played by Dominic West) and Princess Diana’s (Elizabeth Debicki) two sons. So who does play the teenage version of the future king, Prince William?

WARNING: This article contains spoilers from The Crown.

Who plays Prince William in The Crown season 5?

Prince William briefly featured in the fourth series of The Crown but will be making more of an appearance in the upcoming fifth outing.

He will first be played by actor Timothee Sambor before the role of the Prince of Wales is taken over by Senan West in the final few episodes.

This is going to be West’s first onscreen role, after reportedly impressing producers with his audition tape, submitted via his agent.

While the 14-year-old is making his acting debut in The Crown, his famous father will be starring alongside him in the drama.

Senan West is the son of actor Dominic West who is playing his onscreen dad, Prince Charles, in season five.

Dominic is best known for playing Jimmy McNulty in the crime series The Wire, as well as Noah Solloway in Sky’s The Affair, which won him a Golden Globe nomination.

Some of his other roles over the years have included Downton Abbey: A New Era, The Pursuit of Love, Tomb Raider, Les Miserables, Colette and Stateless.

The 53-year-old admitted that while he loved working with his son Senan on set, there were some tough moments filming.

He told Radio Times: “We have a natural physical bond, so that was wonderful but when it gets very emotional, it can get a bit weird.

“When he had to cry, it was horrible.

“He actually decided not to do it for the next series, especially after some of the more emotional scenes that we did this season around Diana’s death.”

Sadly, he won’t be starring in the sixth and final season of The Crown as Prince William.

The Netflix drama has already announced who will be taking over the role with two actors starring as the prince.

Actor Rufus Kampa will star as William from age 15, following how the family dealt with the death of Princess Diana in 1997.

Meanwhile, actor Ed McVey is going to portray him in his late teenage years and into his 20s.

McVey will be William when he courts Kate Middleton, his future wife, after meeting in 2001 while studying at Scotland’s University of St Andrews.

She is going to be played by young actress Meg Bellamy, who, much like Kampa and McVey, will be making her onscreen debut in The Crown.

Meanwhile, his brother Prince Harry is going to be played by child actors Teddy Hawley and Will Powell in the fifth series.

His season six counterparts have not yet been announced by the streaming service.

The Crown seasons 1-5 are available to watch on Netflix.