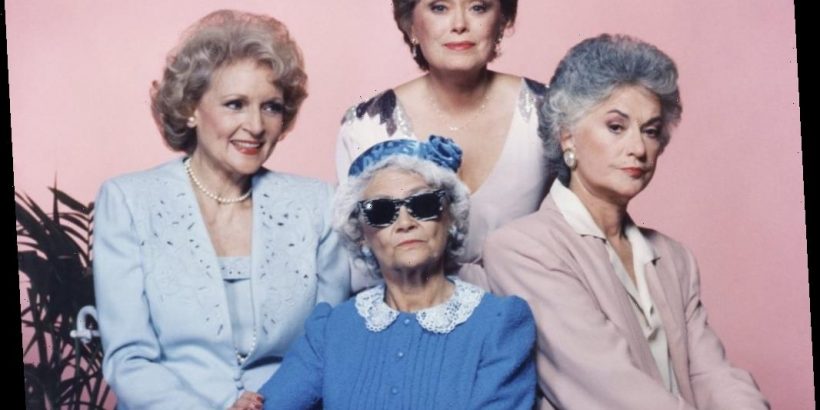 The Golden Girls was one of the hottest sitcoms on television from 1985 until 1992. Many guest stars appeared during its seven-year span, often playing relatives, love interests, or friends. While some guest stars were already famous and leaving their mark on an iconic show, others were on the up and up — yet to become the mega A-listers they are today.

Quentin Tarantino is one of many Hollywood celebrities who appeared in Golden Girls. He played an Elvis impersonator in “Sophia’s Wedding: Part 1.” The episode is part of the show’s fourth season. Yet, he wasn’t today’s only recognizable face to join in on the fun.

1. George Clooney played a rookie cop in a season 2 episode of ‘The Golden Girls’

In season two, episode 24, George Clooney played a young cop who, alongside his more experienced partner, aim to catch some jewel thieves living next door to our four favorite women. By the end of the episode, Blanche takes a maternal place in the character’s life. Though his character is shot during the episode, he suffers a shoulder wound and lives.

Moreno plays a friend and neighbor to The Golden Girls, Renee Corliss. She plays a woman concerned about her marriage. Her husband, who is a doctor, has no time to keep their romance alive. She’s lonely and doesn’t know how to approach her husband with her concerns, as she also admires how dedicated he is to his work.

3. Dick Van Dyke played an attorney in ‘Love Under the Big Top’

Dick Van Dyke played a love interest to Dorothy and an attorney who would rather join the circus in season 5. What better role for the man from Mary Poppins and Chitty Chitty Bang Bang than a Circus lover?

4. Debbie Reynolds appeared in ‘The Golden Girls’ episode ‘There Goes The Bride: Part 2’

Debbie Reynolds – the Hollywood legend from Singin’ in the Rain, The Unsinkable Molly Brown, Halloweentown, and more – graced The Golden Girls with her iconic presence in 1991. She played Truby Steele. Had Dorothy remarried Stan, she would have replaced Zbornak in the house.

5. Sonny Bono made fun of his career in an episode of ‘The Golden Girls’

Sonny Bono guest-starred in The Golden Girls episode titled “Mrs. George Deveraux.” He poked fun at his music and TV career, cracking quick one-liners throughout. He also vyed for Dorothy’s attention in the episode, which resurrected Blanche’s dead husband via a dream.