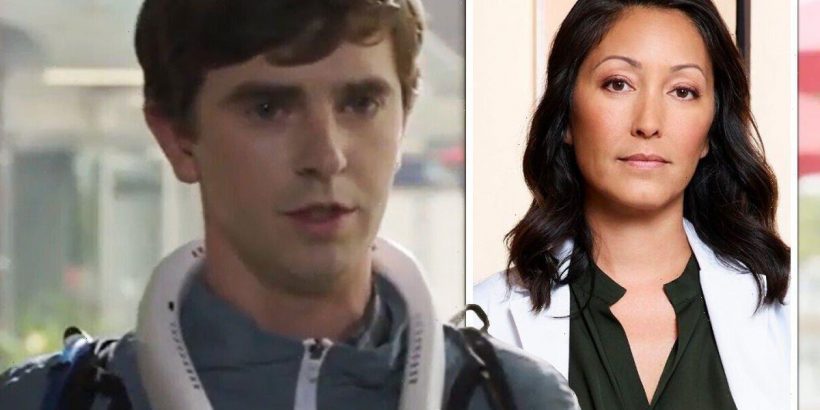 The Good Doctor: Teaser for fourth episode of season six

Season six of The Good Doctor has already subjected the St Bonaventure Hospital staff to plenty of unexpected drama which is set to continue over the coming weeks. Unfortunately, fans of ABC’s hit series will have to be patient over the next fortnight as the network has revealed a new episode won’t be arriving until mid-November.

Fans of the popular show were disappointed to learn season six won’t continue for another two weeks.

Thankfully, The Good Doctor didn’t join other shows to take a Halloween break this week and millions of viewers were treated to a sad and spooky holiday special.

However, many of the show’s army of viewers have stormed Twitter to express their frustration the series won’t be back in its usual slot next Monday.

Alie Hutson exclaimed: “Nooooooooo #thegooddoctor won’t be on for two weeks I can’t wait that long.”

@_Rossaholic wrote: “So we have a week break, no #TheGoodDoctor next week. What will we do?”

While @SheaSquad_ celebrated: “The next episode in two weeks folks! The 100th episode!”

The Good Doctor will indeed hit a major milestone for the series, and fans should expect big things from the show’s 100th episode.

As to why fans will have to wait just a little longer for this instalment, it’s not completely clear why ABC has decided now is the right time to take the series off-air for a breather.

However, primetime US dramas will often take hiatuses in between seasons to allow for production to catch up with the show’s broadcast, so this two-week break is nothing for fans to worry about.

In the meantime, viewers have been given a few details about the next episode, including its title, Hot and Bothered.

There’s no official synopsis just yet, but the promo at the end of Monday night’s episode has revealed what the main focus of the drama will be this time around.

While things are still strong for Dr Shaun Murphy (played by Freddie Highmore) and his wife Lea Dilallo (Paige Spara), he’s finding it difficult to deal with some of the other St Bonaventure staff.

Will Dr Shaun finally make it up with Dr Audrey Lim (Christina Chang) after ending their friendship earlier this season?

And how will new resident Dr Danica Powell (Savannah Welch) handle things when her experience as an amputee clashes with Dr Shaun’s surgical expertise?

Unfortunately, it looks like this brief teaser is all fans are getting before The Good Doctor returns in the third week of November.

Thankfully, there’s still plenty to look forward to after the break, and even a proposed spin-off, The Good Lawyer, potentially going into production soon.

The Good Doctor season 6 returns on Monday, November 14 on ABC in the USA. A UK release date is yet to be announced.