The Grand Tour hosts Jeremy Clarkson, Richard Hammond and James May are all busy filming the fourth season of the Amazon Prime series.

The trio have already got three series under their belts and are currently working on the next in Cambodia.

Jeremy has shared a first-look at the show which sees the group exploring Siem Reap.

In a snap posted on his Instagram page, they can be seen crossing the street, which he left without a caption to tease fans.

It was just the first of a few shots teasing the next series with another image posted later.

Jeremy, Richard and James were all pictured on bicycles – a far cry from the impressive motors they are usually driving.

The final shot posted by the presenter showed him looking at the camera as James rode behind him.

“In tune with the times,” he simply wrote next to the image.

Fans were unsurprisingly thrilled with the update and rushed to comment on the images with one asking: “New season?” 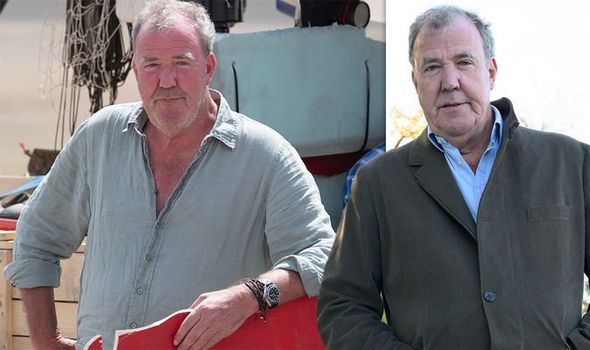 Another joked: “Looks like Amazon’s cut back on the budget for the next series, huh?”

“And tonight episode of the Grand Tour we go green,” a third shared.

A fourth wrote: “Looks like Clarkson just don’t want to be on that bicycle lol….Richard looks ready to go and obtain slow looking for the pub. Can’t wait for season 4 Mr Clarkson get it done.”

The fourth season is expected to consist of more road trip specials like the third series.

Ahead of filming starting, Jeremy opened up about what fans can and should’t expect from the show in the future.

In tune with the times

Speaking to Toronto’s Chronicle Herald he said wouldn’t want to include autonomous cars.

“Not in our lifetime is that going to happen.”

The Grand Tour season 1-3 is available to stream on Amazon Prime now.