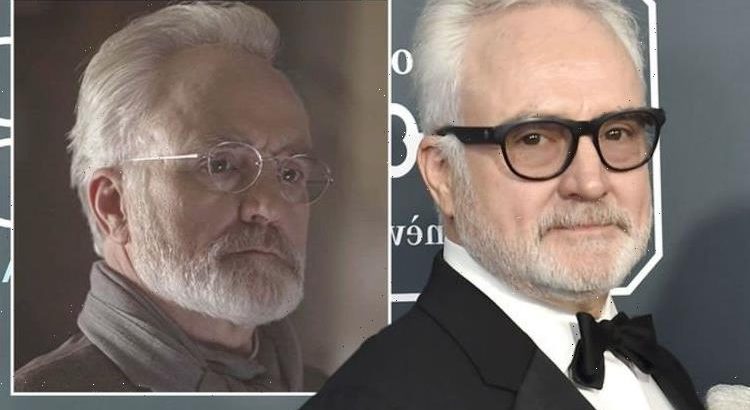 With the fifth season of The Handmaid’s Tale on the horizon for Hulu and Channel 4 viewers, fans are eagerly awaiting to see what the future holds for June Osborne (played by Elisabeth Moss) given the deadly and action-packed fourth series finale. And June isn’t the only one with an intriguing storyline ahead of her given Commander Joseph’s Lawrence’s (Bradley Whitford) actions which contributed to a fellow character’s demise. However, before fans get to see actor Whitford reprise the intriguing role of Commander Lawrence, he’s now signed up for a huge new role away from the Emmy-winning drama.

Heading into season five, the entire population of Gilead and Canada will be reeling from the murder of Commander Fred Waterford (Joseph Fiennes).

Although she’d made it to Canada, years of torment at the hands of Gilead and one of its Commanders finally led June to get her own back on Serena’s (Yvonne Strahovski) husband.

Fred Waterford was beaten and hanged by June and a number of women from Gilead in the woods before the formerly known Offred made her way back to Luke (OT Fagbenle).

And it hasn’t gone unnoticed how Commander Lawrence may have been on June’s side the entire time, barely putting up a fight when Fred was effectively led to June and certain death.

However, this is almost to be expected given the years of bad blood between the two Commanders, with Joseph seemingly now on a path to take Gilead away from its sadistic ways.

Commander Lawrence will undoubtedly be back in the fifth season, with Whitford having brought the character to life in almost every episode since his introduction at the end of season two.

But it’s not the only highly-anticipated return to screens fans can expect from Whitford as he’s joined the cast of 20th Century’s adaptation of Romeo and Juliet.

The classic Shakespearian tale is being revisioned under the new title Rosaline and will offer a new comedic take on the story.

Per Deadline, Rosaline’s script is based on the novel When You Were Mine, a modern twist on Romeo and Juliet penned by Rebecca Serle.

Whitford isn’t the only name attached to the project despite it still being in its very early stages.

Star of Netflix’s mini-series Unbelievable, Kaitlyn Dever, will appear in the adaptation as the title character.

Rosaline is the cousin of Juliet, who’ll be brought to life Isabela Merced.

Merced is best known for starring in the Transformers film franchise as well as Instant Family and Dora and the Lost City of Gold.

Romeo will be portrayed by American Horror Story and The Path star Kyle Allen.

Details of Whitford’s character are currently under wraps, as is a confirmed release date for the project.

It didn’t take long for fans of the actor to react upon hearing the casting news, with many excited to see The Handmaid’s Tale star in the new role.

“Wow that cast is amazing!!” one fan said on Twitter in response to Deadline’s article.

Whitford is yet to release a statement regarding signing up for the new project.

The Handmaid’s Tale season 4 airs Sundays on Channel 4 in the UK and is available to stream on Hulu in the USA now.