Looking for an awesome collectors item from The Mandalorian, or the perfect holiday gift for theStar Wars fan in your life? This is the way…to get one!

On Monday, Mondo is debuting two new Mandalorian prints from artist Rory Kurtz, who created the sold-out season 1 piece, “The Bounty,” last year. “The Mandalorian: Season One” — which shows the titular hero and The Child, aka Baby Yoda, aka Grogu, standing amid the wreckage of a Stormtrooper battle — comes in a regular and variant print and will be sold in a limited-edition release, while “The Way,” a profile of The Mandalorian with his blaster raised, will be sold as a timed edition through Thursday, Dec. 17.

“I wanted to honor the more desolate, weather-worn quality of the series, which nods strongly toward the original trilogy,” Kurtz said of the new pieces. “At the same time, I wanted to add a more alien design, like the display of the Razor Crest, disjointed and flashing in alarm. The Mandalorian is mysterious and iconic in aesthetic, and I felt the art should mirror that, with Mando holstering his blaster stoically amidst the smoke, ash, and fallen enemies of the recently finished battle.”

Check out the posters and release details below and get yours at MondoShop.com! Specific release times will be announced on Twitter at @MondoNews. 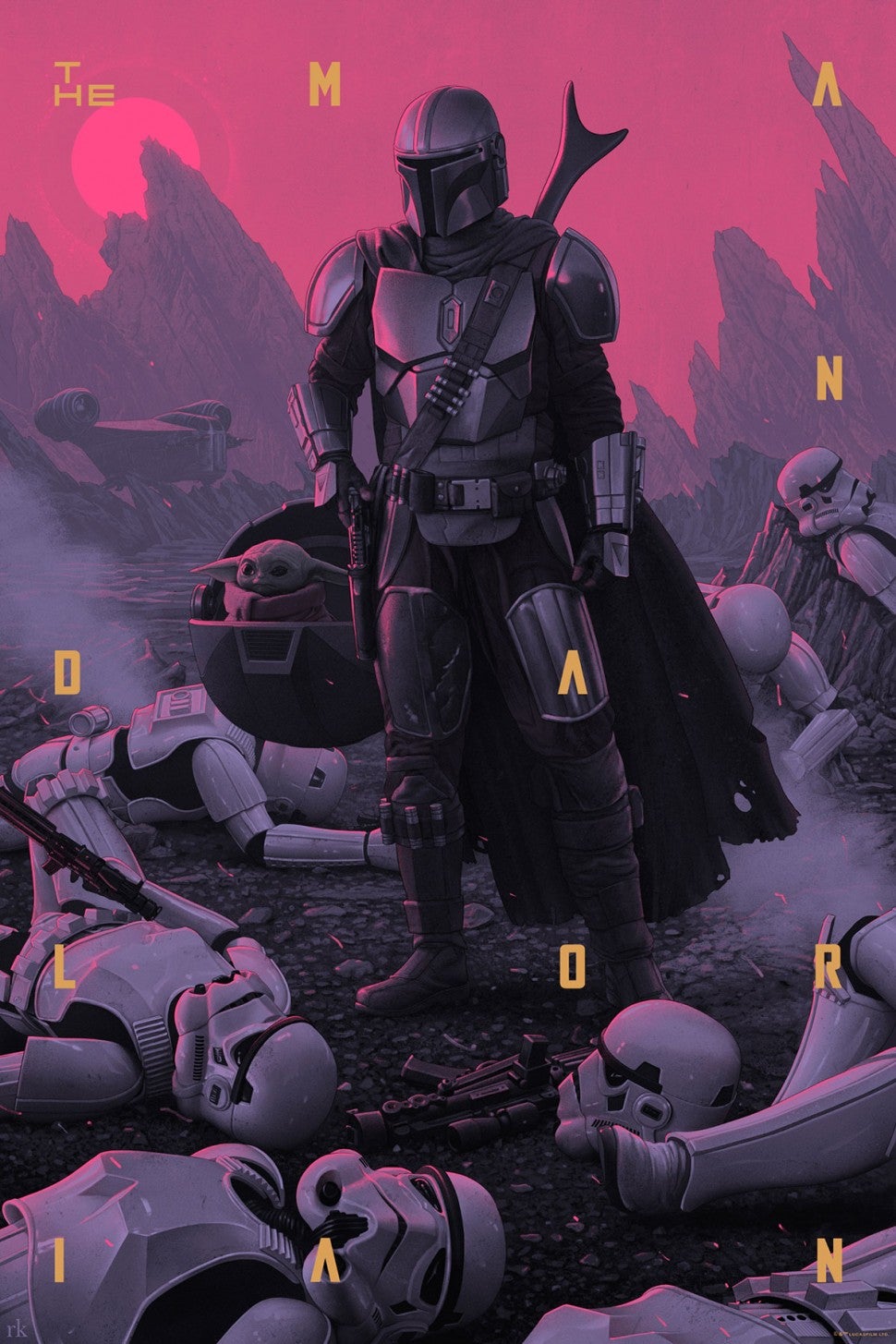 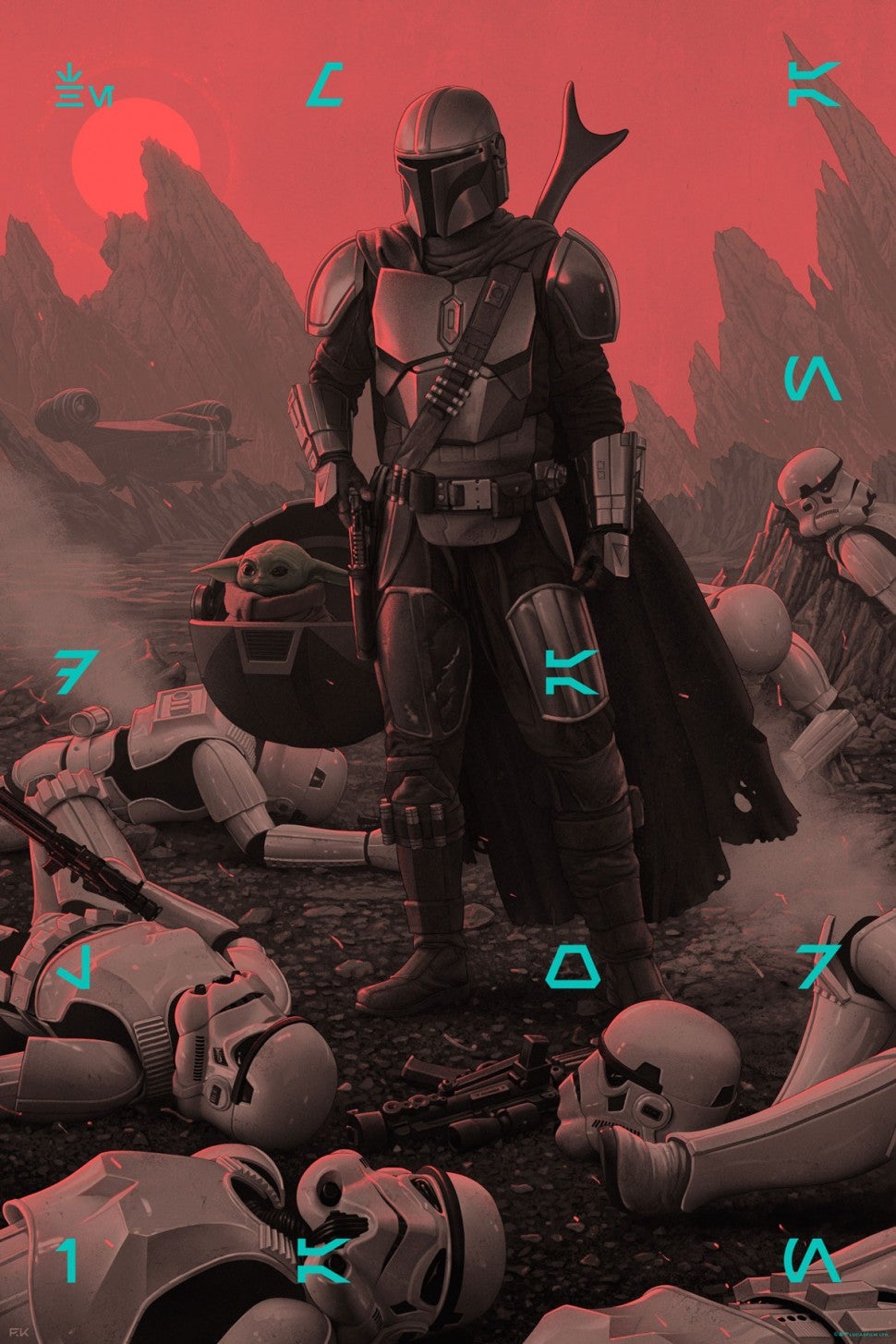 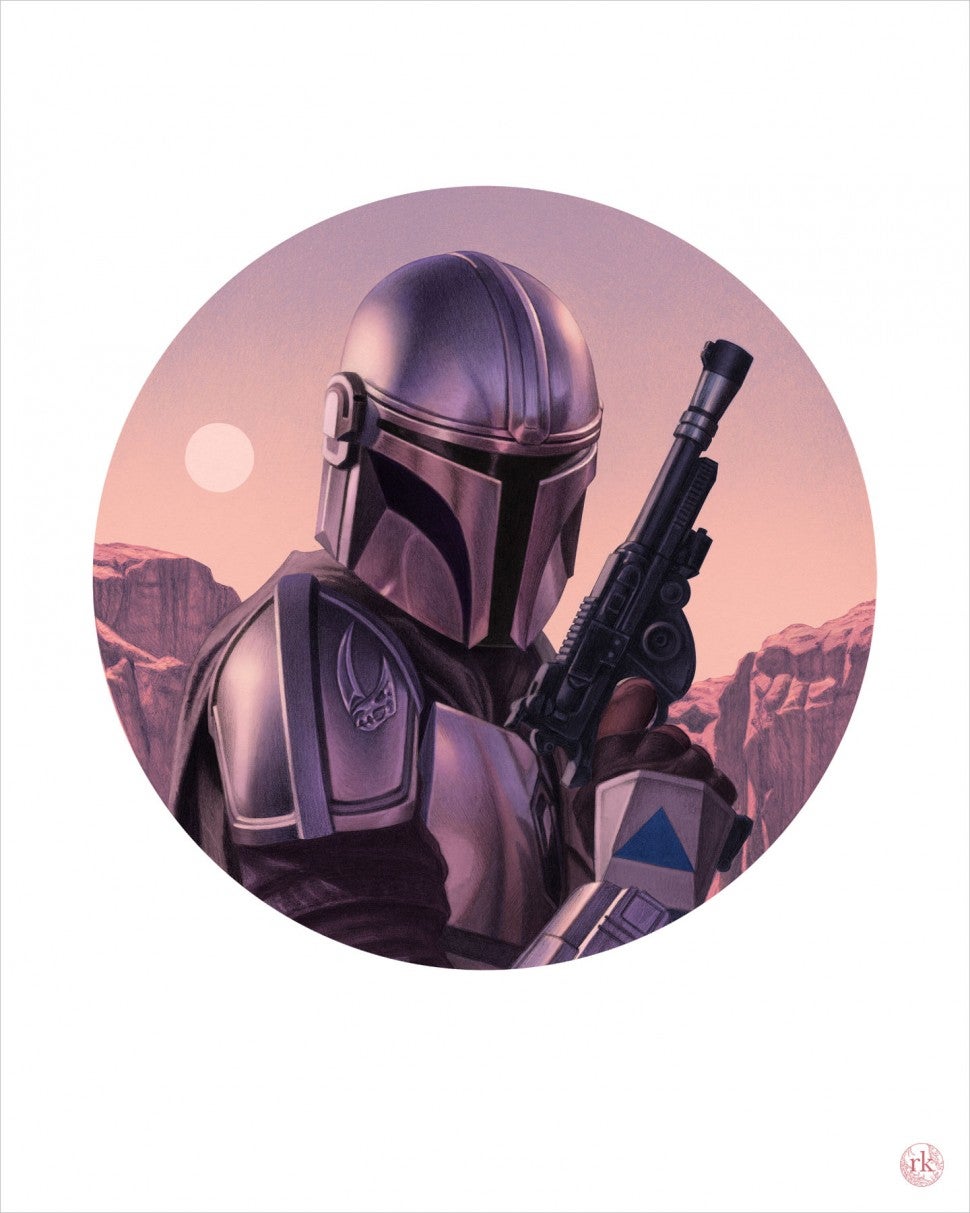 The Mandalorian is streaming now on Disney+.