The second season of the Star Wars series debuts on the streaming service later this month, with Pedro Pascal once again in the titular role.

The trailer opens with Mando crash landing on an icy planet as he is chased by enemy spacecraft, before it cuts to the bounty hunter reuniting with Cara Dune and Greef Karga.

Carrying The Child – aka Baby Yoda to fans – he tells them: "I'm here on business, I need your help. I've been quested to bring this one back to its kind."

They aren't the only people Mando hopes will help him on his quest, as he attempts to find his own tribe.

He says in another scene: "If I can locate other Mandalorians, they can guide me." 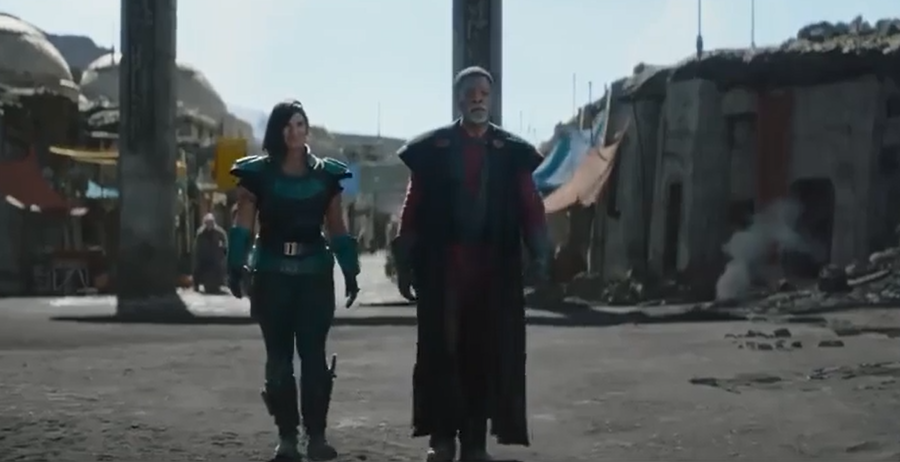 Mando is then seen being confronted by enemies before Cara and Greef are pursued by Stormtroopers after hijacking a spacecraft.

The final shot of the trailer sees Mando using his jet pack and saying: "Here we go!"

The trailer comes after show boss Jon Favreau admitted he's "open to the idea" of taking the series one step further for the big screen.

In an interview with Variety, he said: “The line is blurring now. Things that you would have only seen in the movie theatre, you’re seeing on streaming, and I think it could go the other way as well.”

He added that they're in "no rush" to expand the much-loved series onto the big screen, but admitted "we’re definitely open to it to see where the story leads us and have that flexibility — because there’s no rulebook now.”

Jon isn't the only one who would love for a spin-off as Pedro, who plays the cosmic bounty hunter on the show, admitted that he too thinks it could be done.

Season two of The Mandalorian premieres on Disney+ on October 30, with season one available now.