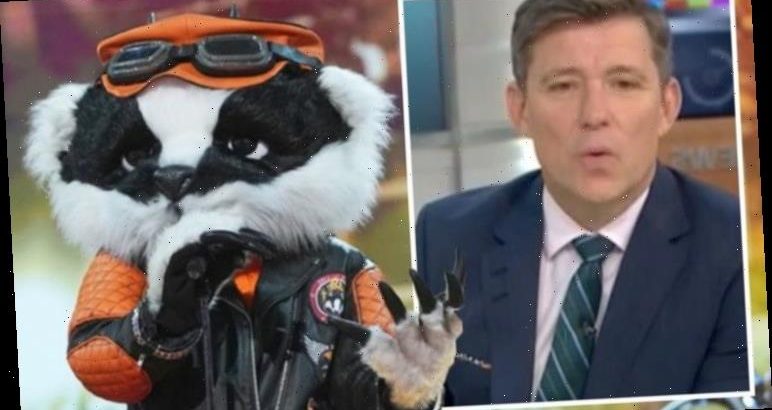 The Masked Singer returned for its second season last month and has given ITV viewers the chance to put their detective hats on once more as they try to guess which famous faces might be behind the 12 weird and wonderful costumes. With five stars up to perform again tomorrow, Good Morning Britain host Ben was the latest to have his name thrown into the ring, after being probed by Lorraine Kelly.

Stars who have been suspected to be hiding behind Badger include Carl Fogarty, Kevin Clifton and Brian Cox.

Last week, viewers saw the character perform for the second time and now, it’s been suspected it could be Ben in a new twist.

Speaking on Good Morning Britain, Lorraine said: “There are rumours though, Ben, that you are Badger.

“A lot of people have been saying that online. Can you reveal or not?” with Ben not giving anything away. 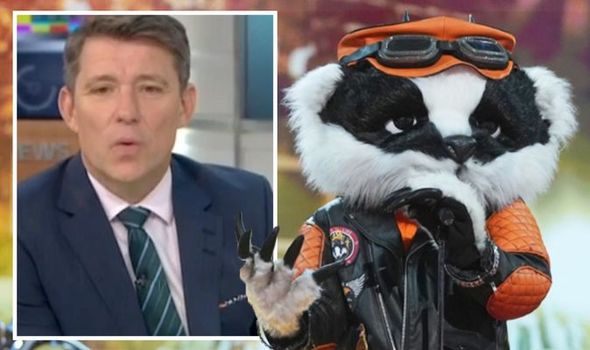 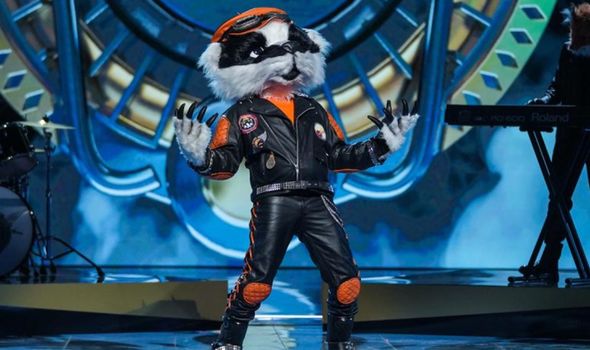 Ben asked: “Tell me about the Badger, what are his traits?”

Lorraine teased to her co-star: “He’s very, very, very good looking underneath that and he’s got a calendar and a blanket.”

Kate Garraway weighed in, commenting: “He’s a very good singer and dancer so that counts Ben out, doesn’t it?”

However, Ben didn’t rule out the claims: “I can neither confirm nor deny that I am or am not the Badger. 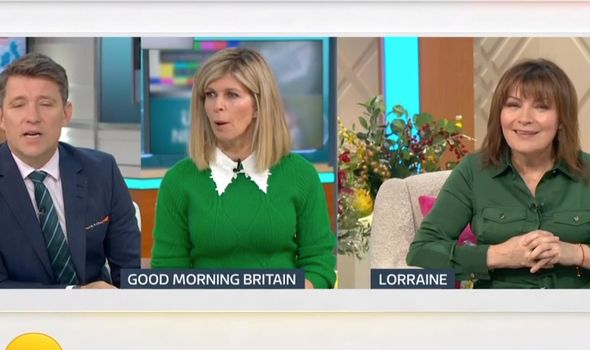 “I am a fan of badgers as things go. Who doesn’t love a Badger?” teased the GMB host.

Ben is currently at 5/1 odds to be unveiled as Badger, according to bookmakers Betfair.

Betfair spokesman Sam Rosbottom said: “Ben Shephard’s odds have been slashed into 5/1 to be the Badger after unconvincingly avoiding probing questions from Lorraine on Good Morning Britain this morning – and his refusal to deny whether he’s the furry masked contestant has whipped Masked Singer fans into a frenzy.

“More known for his presenting rather than his singing abilities, Shephard will have hidden a special talent if he is behind the mask, seeing as Badger is the 10/11 odds-on favourite to win the whole show.”

But he’s far from the only person to be suspected to be linked to the character.

The favourite is former Strictly Come Dancing star Kevin Clifton at 11/4 odds, followed by Carl Fogarty at 2/1. Will Young is also 5/1.

Badger remains odds-on to win the show overall as viewers continue to be perplexed by his identity – but will it be Ben behind the mask?

The ITV favourite reminded viewers earlier this week he has a degree in dancing whilst presenting with Susanna Reid.

Spin-off presenter Will Njobvu previously said: “Ben can definitely fit into the Badger outfit because I’ve seen it in the flesh.”

He reminded fans of a clip with the presenting duo which could act as a hint towards his identity.

Susanna was seen commenting: “We don’t see you dancing frankly often enough – you won’t do Strictly, we all know why.”

“I would love to do Strictly,” Ben agreed, with Susanna continuing: “Your wife says ‘no’ and frankly, she’s right.”

But could this be a clue Ben is involved with another show instead and be unveiled as Badger in the weeks to come?

The Masked Singer airs Saturdays at 7pm on ITV