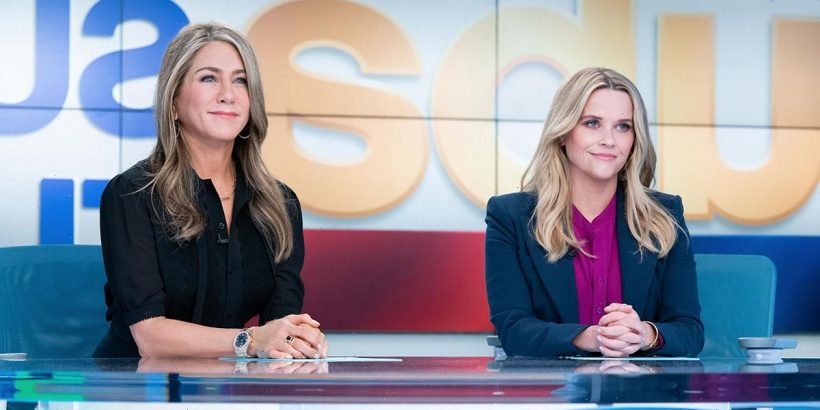 It’s official – The Morning Show will be back for another season. However, fans can expect season three to perhaps be a little bit different as it’s been announced that a new showrunner/executive producer will be overseeing the series.

Apple TV+ has announced that Charlotte Stoudt, who has previously worked on the likes of Homeland, Fosse/Vernon and House of Cards, will be replacing Kerry Ehrin in the role. Kerry, who was behind seasons one and two of the hit series, will continue to work as a consultant on the series while developing exciting, new shows for the streaming platform.

WATCH: Are you a fan of Apple TV+ series The Morning Show?

“I’m excited to be joining forces with Apple TV+ and The Morning Show,” new showrunner Charlotte said in a statement, adding that the streamer has “created an irresistible world that is equally delicious and provocative.”

It’s believed that all the main cast, including Jennifer Aniston, Reese Witherspoon, Karen Pittman, Desean Terry, Mark Duplass, Bel Powley and Will Arnett, will be returning for the new episodes. It seems likely that Steve Carell, whose character sadly died at the end of season two, will not be back – although he could appear in flashback scenes.

It’s believed that all the main cast will return for season three, bar Steve Carrell

While details on season three remain under wraps for now, it was previously teased that season three will not pick up exactly where the show’s last instalment left off. As fans will recall, the second season concluded with the US on the cusp of lockdown and Jennifer Aniston’s character Alex contracting the virus while visiting Mitch in Italy.

Speaking to The Hollywood Reporter, ex-showrunner Kerry admitted she would be inclined to jump ahead in the show’s timeline rather than depict the early days of the coronavirus pandemic. “I think it’s going to have been done, done, done,” she said. “You could [jump into the future]. You could go backwards. It’s such an interesting little universe. You really can put it anywhere in time, and I think the challenge of the show is coming up with that big subject.”

Meanwhile, Reese, who plays co-anchor Bradley Jackson, recently said that she would be interested in seeing season three explore “how the world realigns post-quarantine”.

“Even though that seems optimistic to say at this point, with people still dealing with the complexity of COVID and really what it’s doing to different industries,” she explained. “But just, how the whole world has culturally shifted in so many ways; the way we communicate and work, the way we talk to each other — there’s definitely a lot to talk about and tackle.”