Of course, viewers may not be as surprised as de Lesseps about the drama. Singer clashed with a few cast members instantly during their private plane ride to paradise. But still, de Lesseps maintained a good sense of humor about the clash. Adding that the trip – and plane ride – ended up becoming an inspiration behind a new song.

The Real Housewives of New York City featured two original cast members on the trip, which could have become an alliance. Unfortunately, according to de Lesseps, that didn’t totally happen. 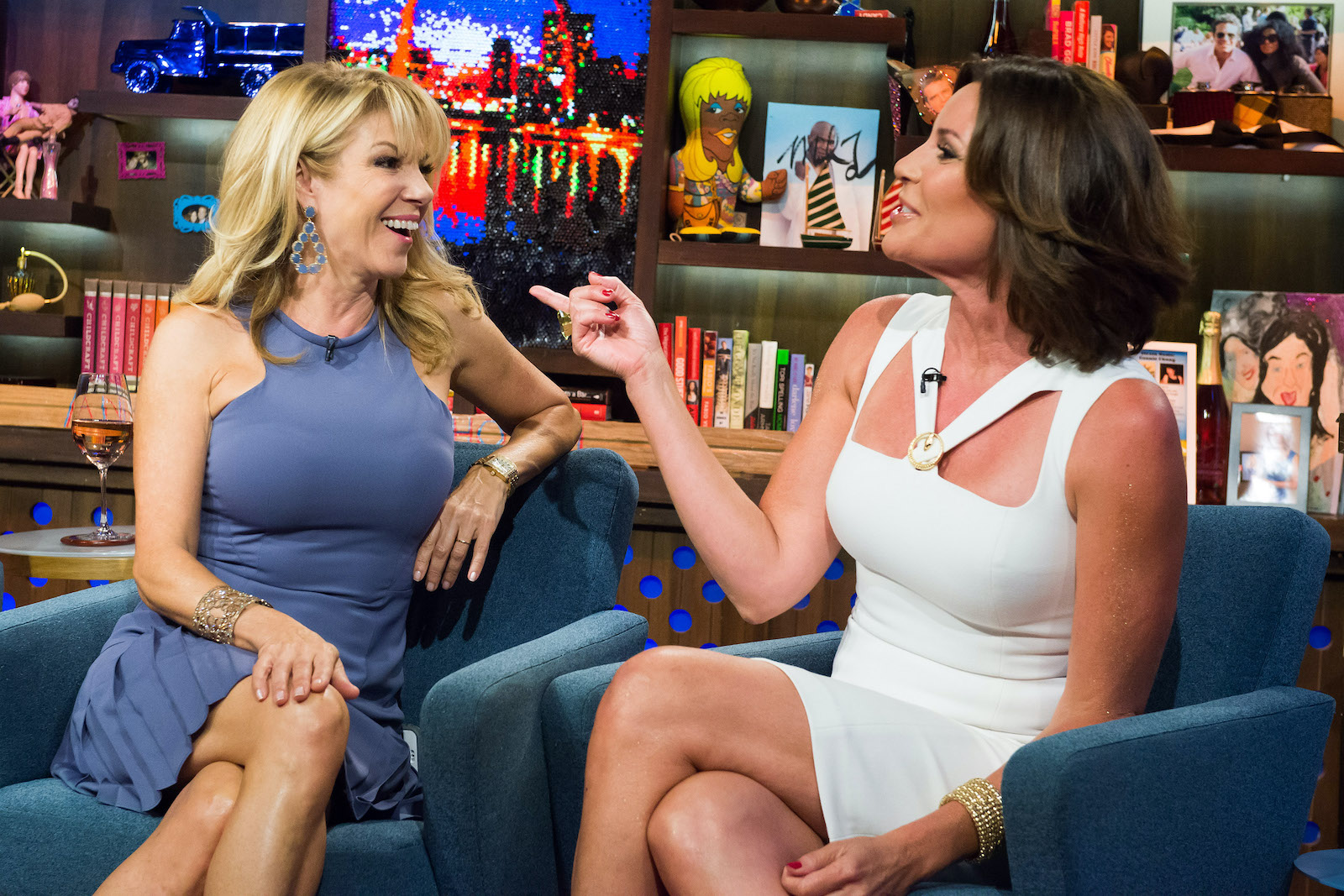 “So I had the most drama with Ramona, funnily enough, but you’ll have to watch and see,” de Lesseps said on the Behind the Velvet Rope with David Yontef podcast. “Well, listen, you know, Ramona, definitely has her moments and she could put her foot in her mouth a lot, but she does have a heart of gold. She really does. And her intentions are good, but she just fumbles her words sometimes. That’s all.”

Drama is widespread on ‘RHUGT’

She laughed and said, “I mean, just the title speaks for itself. It’s the OGs are all, you know, the different franchises – Beverly Hills and Atlanta and Jersey and New York.”

The drama isn’t just with the Real Housewives of New York cast. “There is drama,” she emphasized. “You know, Kenya [Moore] gets really into it, you know, as you can see from the trailer already with Ramona, from the get-go and there’s drama with seven women, there’s bound to be drama. But I have to say that I really enjoyed getting to know Kyle [Richards] and Kenya. I thought Kenya … I wasn’t sure about her. She’s she can be shady, et cetera, and I actually ended up liking her a lot.”

De Lesseps reflected on how some of the language thrown around on the plane inspired a new song. “The first hour on the plane, there were F-bombs on the G and we were giving an interview about that. I think it was for ET.”

“And Kenya’s like, yeah, there were F-bombs on G,” she continued. “And I’m like, with the OGs! So I’ve actually come up with a new song. It’s called ‘F-bombs on the G with the OGs.’ And I’m working on finishing that. And hopefully, I will have it out during airing.”

“So you have to look out for that new song, not only, you know, my Christmas song, but this one is coming out after,” she said. “And I will be on tour after the holidays. So I’m planning those dates on for an all new show, which is not Christmas, which is back to kind of Countess and Friends. I don’t have a title for it yet, but maybe it’s F-bombs on the G!”

De Lesseps looked back on the trip with fondness. “And we just had, you know, an incredible trip. First of all, it was beautifully planned and organized by Peacock. You know, we had private jets and yachts.” Adding, “We just did amazing things on this trip.”