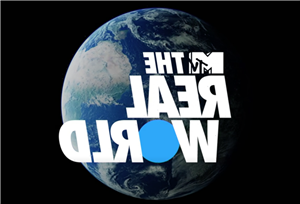 MTV introduced The Real World in May 1992 and has been entertaining reality TV fans since. If you’ve ever wondered what it’s like to join the cast of The Real World, there are several rules at play to keep everyone in line. Learn more about the rules The Real World cast has to follow. Plus details about a popular rule that isn’t really a rule at all.

‘The Real World’ casts’ image is at the mercy of producers

As with any reality TV show, the participants on The Real World have no say in how they’re portrayed. According to the contract the cast must sign to be on the MTV series, “you may be humiliated and explicitly portrayed ‘in a false light’” (via Village Voice).

Similarly, producers reserve the right to misrepresent a background story and make it more engaging. After all, no Real World contestant ever had a drama-free backstory.

From haircuts to facial hair, producers are in control of your physical appearance while filming for The Real World. If you want to make cosmetic changes, a producer must approve them. “They would control our haircuts,” Pat from Real World: Cancun told Cracked. “We weren’t allowed to get new haircuts or tattoos. I tried to grow a mustache as a joke and they said ‘You have to shave it.’”

There’s no such thing as privacy on ‘The Real World’

Twenty-four-seven surveillance is how most reality TV shows like Jersey Shore, Big Brother, and The Bachelor are made. The Real World is no different. Every move the contestants make gets caught on camera, except for going to the bathroom.

Personal safety is in ‘The Real World’ contestants’ hands

Per MTV’s contract, the cast of The Real World is responsible for their well-being while filming the show. MTV takes no responsibility for accidents that might occur. As the contract states, “you may die, lose limbs, and suffer nervous breakdowns. If you undergo any medical procedures while involved in the show, they carry the risk of infection, disfigurement, [or] death.” Sexually transmitted diseases are also the responsibility of The Real World cast.

The show isn’t over when the season wraps

Filming for The Real World might be done, but that doesn’t mean the cast’s obligations are through. The cast has to promote the show for up to a year after the final episode of their season airs. This can include appearances, photos, press, and reunion specials. Plus, a non-compete clause limits the contestants from joining the cast of another show for one year after their season wraps.

MTV’s contract for The Real World states contestants can’t be pregnant when they join the cast. Additionally, cast members can’t get pregnant before the show finishes filming. “If you do become pregnant, you’ll tell the producer immediately — and pregnancy is grounds for dismissal.”

Cell phones are free to use, but social media isn’t

When The Real World first debuted, production limited the casts’ calls to a landline in the house. But as time’s changed, the show’s rules did, too. “Normally, we had just one phone line in the house they all had to share and that allowed us to video record all phone conversations, but it wasn’t true to how young people are today,” executive producer Jim Johnston told the Seattle Times in 2016. “Nobody has a [traditional] phone line anymore.”

Cell phone use is allowed on The Real World. Of course, texts and calls are monitored by production and free to use in the show. The cell phones come from production and are limited to voice calls and texting — no social media.

‘The Real World’ cast have to follow strict anti-drug rules

Alcohol consumption is legal on The Real World, but drug use isn’t. The cast is subject to random drug testing while filming the show, which has gotten several cast members evicted from the house.

Part of being on The Real World is working within the community. The cast is given a job and required to work a certain number of hours. The Real World cast earns money working those jobs that goes toward the cost of food, which they have to pay for themselves.

There’s no rule about physical fights on ‘The Real World’

The rule most Real World fans are familiar with is “fights aren’t worth it.” If there was a fight on the show, the cast members involved were kicked out.

The unofficial “no fighting policy” has been a thing for years. But as Variety pointed out in 2013, there’s no contractual obligation against fighting on The Real World. “Bunim-Murray, the [production company] behind [The Real World]…handles each situation on a case-by-case basis, at times ejecting a cast member, at times holding a house vote to see if a cast member should remain.”