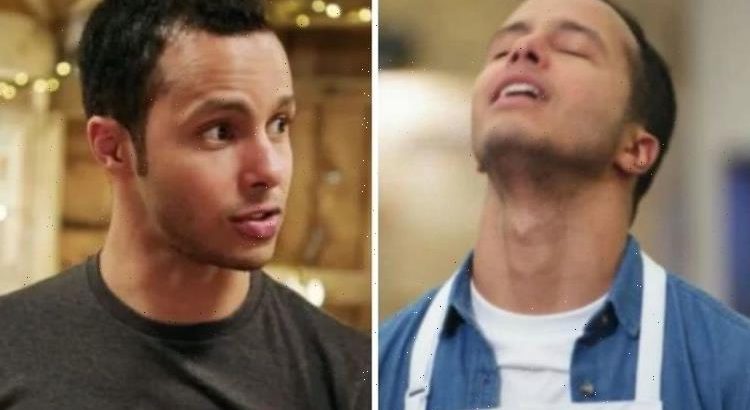 The furniture restorer on popular BBC show The Repair Shop has the skills to fix up old items, but apparently he isn’t very talented when it comes to cooking. While talking about TV shows he enjoys, the 36-year-old confessed he enjoys cooking shows but has not been able to watch Celebrity MasterChef since he took part as a contestant.

Talking about the shows he’s been watching, Will explained: “We got into escapist TV during lockdown: Escape to the Country, couples looking round Spanish flats in A Place in the Sun.

“Cooking programmes, too, but not Celebrity MasterChef– I had an absolute nightmare when I was on it.

“I’m a huge Rick Stein fan and I love watching old footage of Keith Floyd drinking more than he cooks.”

Will took part in the 2021 series of Celebrity MasterChef, which saw him attempt to impress judges Gregg Wallace and John Torode.

One challenge saw Gregg left very concerned for Will’s dish, as he kept opening the oven door while it was cooking.

“I’m very nervous of your chicken,” the judge admitted.

He eventually realised the chicken was in fact undercooked, and said: “It’s not great, but there are lessons to draw from it.”

“I’m really upset with myself,” Will said at the time, adding: “I shouldn’t have opened up the door so many times and let all that heat out.”

Although his next dish was more successful, the judges weren’t keen to try more of Will’s cooking.

Sadly, the mistake cost him his place in the show, and he had to leave later in the episode.

It seems the repair shop star still isn’t over the blunder and is now unable to enjoy the show.

Continuing his interview with Radio Times, Will admitted The Repair Shop can sometimes make him emotional.

“Luckily, we don’t go out live… Sometimes you have to get some air outside, especially if someone’s story triggers your own memories.”

The show sees members of the public bringing in nostalgic and damaged items.

There are many tear-jerking moments as people are reunited with their once-loved objects and reveal the story behind them.

Will recently landed a new role away from The Repair Shop.

He will be joining auctioneer Christina Trevanion in a new 15-part BBC series called The Travelling Auctioneers, which will see the duo travel around the country to turn unwanted items into winning lots to sell on in auctions.

He commented he was “excited” to be taking part in the new series.

The Repair Shop is available to watch on BBC iPlayer.