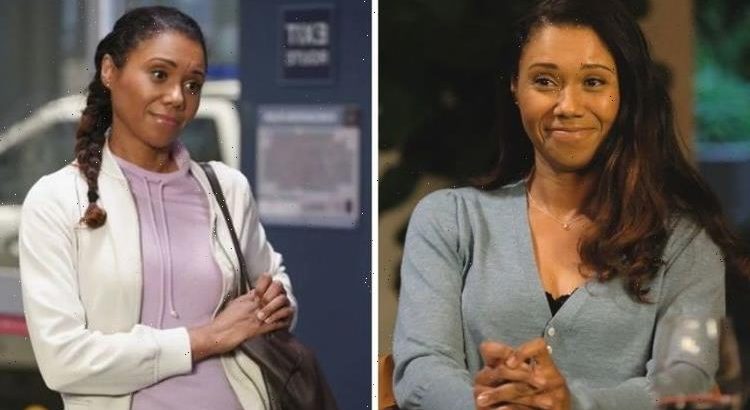 The actress Toks Olagundoye is well known for her role as Fiona Ryan on ABC’s The Rookie. After parting ways with the show Olagundoye secured a major role on the networks latest drama L.A Law.

Olagundoye made her first appearance on The Rookie in February 2021 as Officer John Nolan’s (played by Nathan Fillion) professor in his Ethics and Criminal Justice class.

The series which premiered in 2018 followed Nolan as he attempted to pursue his dream of becoming an LAPD officer and becoming known as the oldest rookie.

Olagundoye joined the cast in season three with the role of teaching the rookie some new tricks.

However, Deadline reported the actress has stepped away from her The Rookie to star in another major procedural drama.

The original show came to an end in 1994 and news of the legal drama’s come-back have excited fans who are eagerly awaiting its release.

Olagundoye will play a new character, Assistant District Attorney Erika Jackson alongside the stars of the original series Blaire Underwood and Corbin Bernsen.

Erika Jackson will be a force to be reckoned with in the courtroom but she’ll be confronted by the role she plays in the unjust system as a deft attorney and as a woman of colour.

The firm will also be reinvented as a litigation firm which will specialise in only high profile, boundary-pushing and explosive cases, in an attempt to rebuild its reputation.

Olagundoye’s role will be in keeping with those before her who also held the title of Assistant District Attorney.

In the original series, the role was played by Susan Day, Cecil Hoffman, and the late John Spencer,

While Underwood will reprise his role as Jonathan Rollins and Bernsen as Arnie Becker, there will also be two more characters added to the cast.

Joining Olagundoye as an L. A Law rookie will be Hari Nef and Ian Duff who will play new characters.

According to Deadline: “Nef will play Alana Burke, a transgender lawyer who’s so formidable and creative in the courtroom that she makes actual headlines for her outside the box thinking.

“Duff plays junior associate JJ Freeman, an idealistic hard-charger who has no problem speaking truth to power, including to his idol, Jonathan Rollins (Underwood), with whom he has fundamental disagreements about what it means to be a Black man in America in 2022.”

As well as her latest role in LA Law Olagundoye will star in the Hulu pilot ‘Career Opportunities in Murder and Mayhem.’

The murder mystery will follow a detective as they attempt to solve a murder on board a boat filled with rich people at sea.

Although the release date for LA. Law is yet to be announced, express.co.uk will be updated.