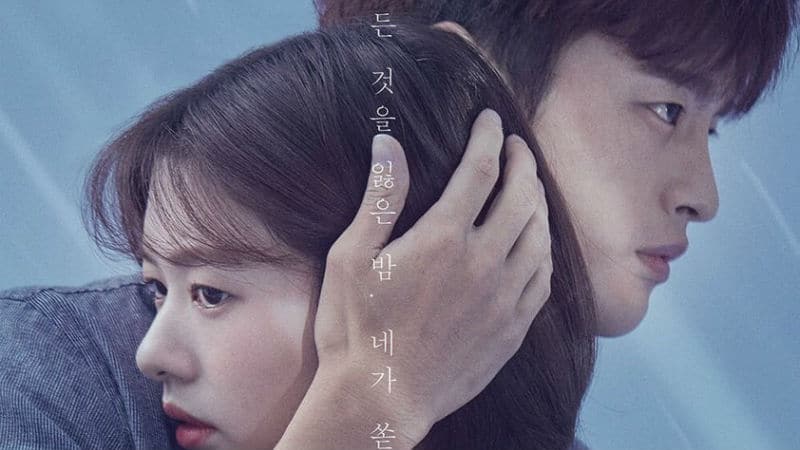 Over the past month and a half, The Smile Has Left Your Eyes has aired on the Total Variety Network (tvN). Starring Seo In-guk, Park So-min, and Park Sung-woong, the mystery thriller has enamored K-drama fans since its debut. And now the K-drama is coming up to its finale with less than a week left.

K-drama fans are looking forward to seeing how The Smile Has Left Your Eyes concludes. But what they might not know is the K-drama is based off of a J-drama (Japaenese drama) in which the original source’s finale is very controversial. The question is if tvN will include one particular “shocking material” from said original source in the finale of the K-drama?

What was controversial about the ending in Hundred Million Stars From The Sky?

The J-drama that The Smile Has Left Your Eyes is based off of it titled Sora Kara Furu Ichioku no Hoshi which roughly translates to Hundred Million Stars From the Sky.

WARNING: Spoilers ahead! Skip to next headlined section to avoid spoilers!

In the J-drama’s finale, there are many shocking elements that make Hundred Million Stars From the Sky very interesting. However, the one element that has not been seen thus far in the K-drama adaption is incest. In the K-drama adaption, the incest coupling would be Kim Moo-young (In-guk) and Yoo Jin-kang (So-min), the primary love line in the series. If the incest angle is used, it will surely hit certain viewers from left field as they would not expect it.

tvN responds on the upcoming finale

To be frank, incest in television and movies is not the norm and it is still a taboo. However, with Asian movies like House of Flying Daggers and premium television series like Game of Thrones, it is a storyline angle that can be utilized in which viewers are not quick to shy away from these days.

In South Korea though, the people are still very conservative and something displayed in film, such as a homosexual relationship, is still controversial. Incest is definitely considered controversial and tvN knows that. Ergo, they made a statement to the public pertaining on The Smile Has Left Your Eyes’s finale.

“The drama has an underlying, heavy theme of ‘love will save people.’ With the theme of ‘love,’ it is a work that simultaneously tells the story of people. We’ve made an effort to portray the story of a man and woman who suffer with their individual emotional pains and overcome and grow from this through [the power of] love. We are putting constant thought into drawing an ending that truly highlights the underlying theme portrayed through the drama, while also displaying the original work’s strengths.”

tvN did not flat out say they wouldn’t use the incest element, but they did hint they might be trying to create a finale that has the same shock element without using said element.

The penultimate and final episodes of The Smile Has Left Your Eyes will air this coming Wednesday and Thursday, November 21 and 22 respectively at 9:30 p.m. KST on tvN. For Americans, it is available to watch on Rakuten Viki with Viki Pass Standard.