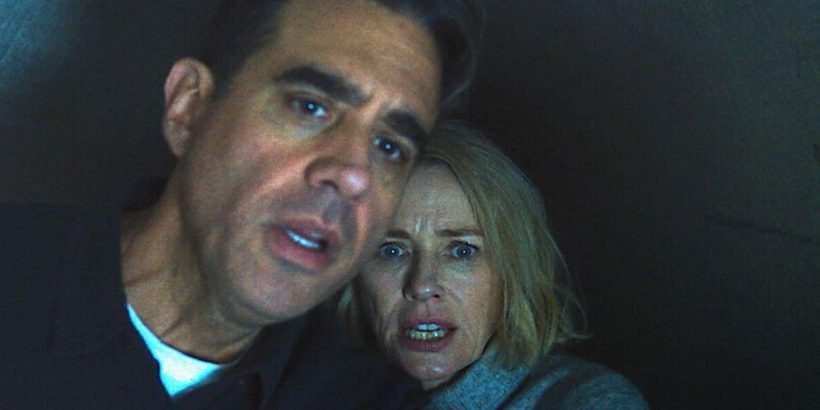 The Watcher is coming to Netflix on October 13 and the series is a dramatisation of a harrowing real-life story. Naomi Watts and Bobby Cannavale star as Nora and Dean Brannock, a married couple who find their dream home in New Jersey. However, their lives are quickly shattered as they are harassed through letters signed by a stalker known as The Watcher.

The true story behind The Watcher

The Watcher is set to be one of the biggest feature rights deals on Netflix this year.

The show is based on a twisted series of events that began in June 2014, when Derek and Maria Broaddus were preparing to move with their three children into the dream house.

They bought the home for $1.3 million and when they arrived, Derek found a strange welcome letter in the mailbox addressed to the new occupant.

The anonymous writer explained their history with the house and it included disturbing details about the family.

“Do you know the history of the house? Do you know what lies within the walls of 657 Boulevard? Why are you here? I will find out…

“You have children. I have seen them. So far I think there are three that I have counted.

“Do you need to fill the house with the young blood I requested? Better for me.

“Was your old house too small for the growing family? Or was it greed to bring me your children? Once I know their names I will call to them and draw them too [sic] me.”

Derek went to the police with the letter and was advised not to discuss it with his new neighbours.

The couple reached out to the previous homeowners who said they received a similar letter before they moved out.

However, they said they had never had any previous notes in the 23 years they had lived there, so threw it away.

As the letters continued, The Watcher learned more information about the family and was able to identify the children’s nicknames.

Police brought in neighbour Michael Langford for questioning due to the positioning of his home in relation to the Broaddus’, but he was cleared as a suspect.

After very few answers, Derek and Maria hired their own private detectives to investigate.

Former FBI agent Robert Lenehan suggested The Watcher was likely to be an older person.

Yet after many dead ends and theories as to who The Watcher could be, the investigation ground to a halt in 2014.

Too scared to ever actually move into their new home, they rented it out.

Despite numerous attempts from police and private detectives, The Watcher has never been identified.

Contacted by The Sun Online this year, Derek described the events as “a traumatic experience” and said his family was “trying to move on”.

He said: “There is a mentally unhinged lunatic in that neighbourhood.”

Buying the home at 657 Boulevard in Westfield was a lifelong dream for Maria, who was born in the area.

The house with four bathrooms and more than 3,800 square feet was just blocks away from her childhood home.

The Watcher airs on Netflix on October 13.